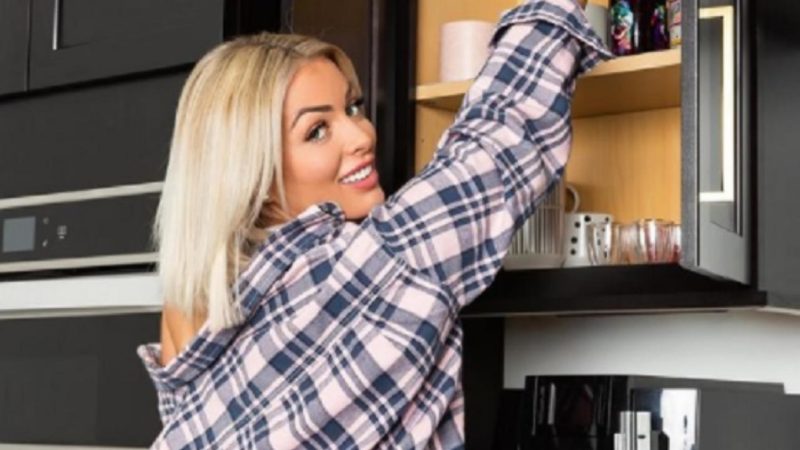 NXT Women’s Champion Mandy Rose is currently a top star on NXT 2.0 with the title around her waist. She often posts pictures of herself on social media and she is quite active on the platforms. The fans often get a treat as they can witness the former ‘Golden Goddess’. Previously, fans got to see a sizzling post by the returning star, Kelly Kelly.

She was recently spotted enjoying a great time in a tub. She dropped a steamy video while drinking some Bailey’s in the hot tub.  Fans were quite awestruck as Rose sported a black bikini while she was enjoying her wine, hot tub and bubbles.

Liv Morgan spoke as a guest on ‘My Mom’s Basement With Robbie Fox’. In the YouTube interview, the 27-year-old talked specifically about Mandy Rose and revealed that she loves that Rose is also a champion now:

“I love, I absolutely love Rose as NXT Women’s Champion. I think she’s being phenomenal and has grown so much too, in the last couple of months,” Morgan remarked. She further mentioned that being put in a position in the division is like “you’re like the ‘top b*tch’ you’re the ‘head b*tch in charge. I enjoy watching it and it feels refreshing.”

As per the ongoing storyline, Kay Lee Ray is eyeing to capture the NXT Women’s Championship from the Toxic Attraction leader. Lee Ray claims to have stepped up to the plate to take away Mandy Rose’s championship.