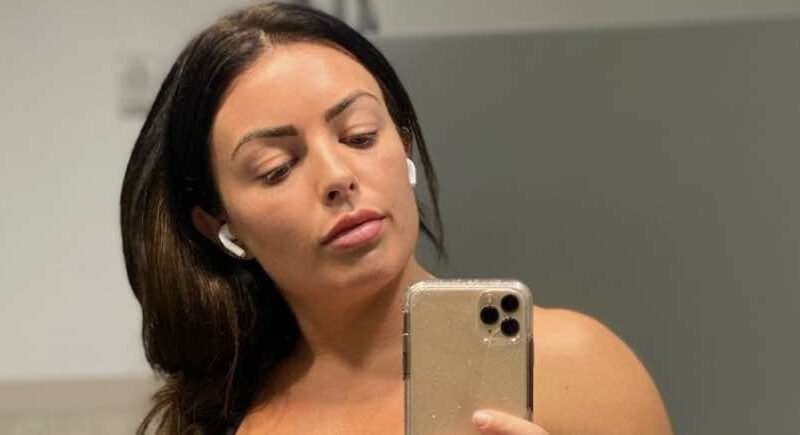 WWE star Alexa Bliss has officially tied the knot with Ryan Cabrera. She has been away from WWE for quite a while now and now the fans know what it is for. Her wedding pictures have also been revealed.

As per the reports of People, Ryan Cabrera and Bliss 30 exchanged vows at the Kempa Villa in Palm Desert, California, on April 9. Two weeks ahead of her special day Bliss spoke with the outlet to discuss her wedding. Bliss described her wedding as a “very non-traditional” and “rockstar” themed. Her singer husband said, “It’s very us. The whole thing’s meant to bring out our personalities, and we are far from just normal.” Mandy Rose lost her dress before the wedding.

Bliss has been away from WWE programming for quite some time now. She was featured in several ‘Therapy sessions’ on RAW and she had returned to in-ring action at Elimination Chamber 2022 premium live event in Jeddah, Saudi Arabia. She failed to win the Women’s Elimination Chamber match and was written off the company.
‘The Goddess’ has been missing from Monday Night RAW as well. She was suddenly taken off the programming. She had also recently addressed her absence from the programming. It seems that WWE doesn’t have any plans yet for Bliss’ return. Even, amid all the speculations Billi Bhatti emerged with a huge report that might shock some fans.
Bliss had recently dropped some hints on joining NXT 2.0 during the recent WWE 2K22 launch stream where she was featured alongside Liv Morgan, Shelton Benjamin, and others.