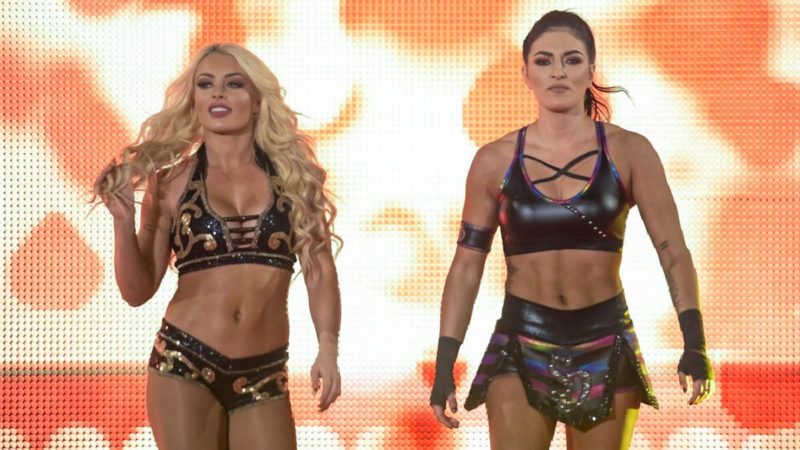 There have been rumors recently that WWE could be planning a romantic angle between Mandy Rose and her tag team partner Sonya Deville.

During a recent interview with Uproxx, the former NXT Star talked about a number of things and she also addressed rumors of the company planning a storyline between her and her openly gay partner

She claimed that she doesn’t have a lot of insights to offer on the matter and it’s hard to say anything because her character is pretty sexual so anything she does is just who her character is:

“I don’t have many insights to offer on that. I think there’s definitely rumors and stuff like that. But it’s also hard to say because my character is pretty sexual and pretty sassy, the way I am. So anything I do, it doesn’t really matter if it’s to Sonya or to anyone else. It’s just who my character is, so it’s hard to judge. But I guess you’re just going to have to stay tuned, right? You never know.”

Though continuing on the topic, the SmackDown Star said that she would be super supportive if there was ever to be this type of relationship with them:

“And obviously, if there was ever to be a type of relationship with us, I’m super supportive and WWE is super supportive of inclusion and the LGBTQ community, so I think it would be awesome.”

What do you think of the rumors of WWE planning a romantic storyline between these two stars? Let us know your thoughts on the matter below.