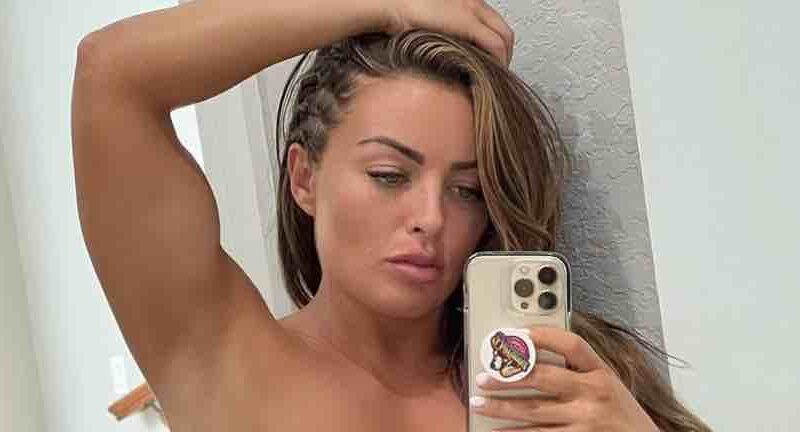 Mandy Rose has taken the world by storm as she recently took to Instagram to show a photo of herself showing that she is in no way ready for the summer season to end.

In the photo, Mandy is looking much more muscular than she has in a while as she poses in a two piece.

With Mandy, Few factions have as much momentum in professional wrestling as WWE NXT’s Toxic Attraction. As of right now, many are expecting the trio of Mandy Rose, Jacy Jayne, and Gigi Dolin to move up to the main roster very quickly. Dolin and Jayne have already made appearances on SmackDown and there are many who hope to see them move to Raw or SmackDown as a complete group. In a new interview on Out of Character with Ryan Satin, Rose was asked about them moving to the main roster as a trio, and as long as everyone is ready and down to move, Rose is all for it.

Roses stated: “Yeah, I think it would be really cool, especially right now. Bayley’s trio I think is super cool, and I think one day it would be really awesome to face off against [Damage] CTRL. But I also think I want everyone to be fully ready as well because I know how it can be.”

Rose then talked about Dolin’s evolution and the ‘that girl’s cool’ vibe and aura of mystery she has which she really liked.

Rose continued: “Since I met Gigi the first time, I liked how there’s kind of like this quiet mystery about her. She’s a little more to herself, and there’s nothing wrong with that. I kind of was always like that as well. I’m not your over-the-top kissass-type person, and I don’t really see her as being like that either.”

Rose had nothing but great things to say about Jayne, who wasn’t as well known coming into NXT but has definitely won everyone over since then. Rose said: “I would say her greatest attribute would be like her passion. She’s extremely passionate, and that goes a really long way, but she’s also a really hard worker. She wants the best for everyone, too. She’s a really good person.”