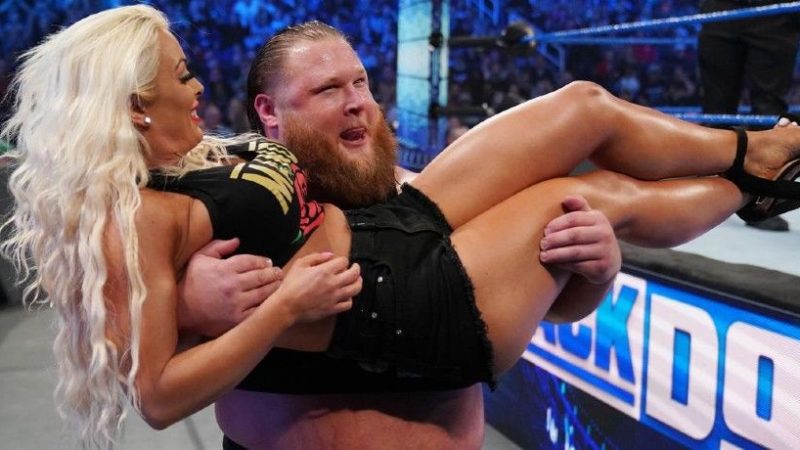 The recent storyline between Mandy Rose and Otis has been garnering the attention of the fans and people have praised the story of the angle.

During a recent interview with Sports Illustrated, Mandy Rose talked about a number of things and she also revealed who pitched the idea for the angle.

According to the SmackDown star, the whole storyline was her own idea. She pitched it to the Boss Vince McMahon and Mr McMahon loved the storyline:

“It’s hard to get in Vince’s office, but I finally got in and I pitched this story. He loved it, he had some ideas, and then Sonya and I had a lot of say in the creative, which was really cool. We were able to write a lot of it. We all worked together, and that’s one of the reasons it’s worked so well. Everyone’s been really passionate about it.”

“Ever since we met in NXT, we’d always joke around together, He’d call me ‘Mandy Candy’ and cut different promos, and it was really cute. He’s just so charismatic, even when he’s not on camera. He makes us laugh the same amount when he’s off camera. He’s funny and super sweet, and he’s so kind, which is one of the best qualities. This was something we thought was really funny, and we both thought it could be a great story, though I never thought it would resonate with people this much. But it’s relatable, and it’s really cool that we’ve been able to involve so many people.”