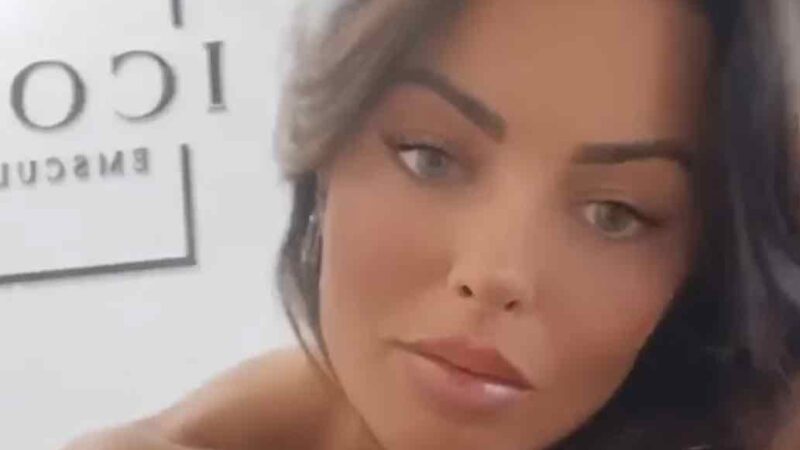 The reigning NXT Women’s Champion Mandy Rose recently sent a message to CJ Perry (known as Lana in WWE). Rose is currently in her first reign as the WWE NXT Women’s Champion. The former Golden Goddess now portrays a heel character but she often breaks character to praise her friends and former WWE stars on social media.

In a recent exchange on Twitter, Perry commented on one of Rose’s uploaded photos. The NXT Women’s Champion took note of the compliment and wrote:

Rose confirmed her relationship with Sabatelli back in 2018. The two first met when Mandy Rose was filming for Tough Enough. Sabatelli went on to witness her growth as a star in WWE. Rose was engaged at the time, and she remained friends with Sabatelli, who was drawn to her right from the beginning.

The two got together after Rose broke-up and have been together ever since. Sabatelli recalled the details during his recent appearance on INSIGHT with Chris Van Vliet.

“It was when she was doing the show ‘Tough Enough’,” said Sabbatelli. “The first time I met Mandy, they were filming Tough Enough and they built a warehouse next to the PC. I saw them walking around and I’m like that girl is beautiful. I watched her go through the show and she got signed. Her personality and down-to-earth persona just drew me to her. She was such a genuine person, and at the time she was engaged and we were just friends. But they broke up and we just escalated from there.”