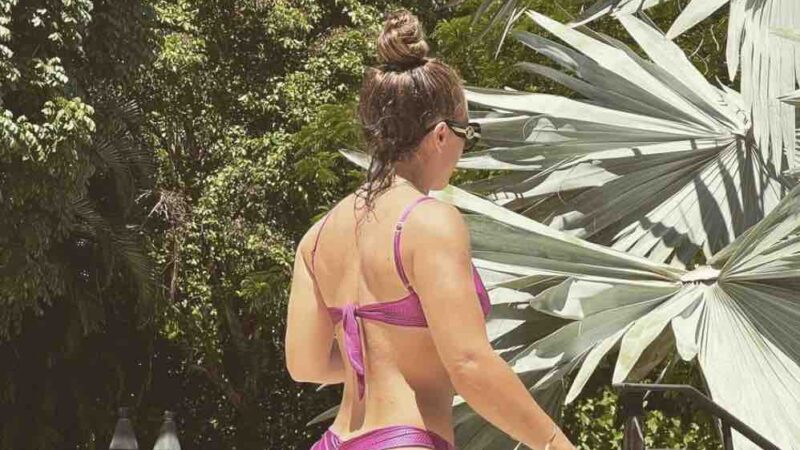 Mandy Rose showed her backside in new purple swimsuit photos, as seen below.

WWE Hell In A Cell is approaching soon. Though only a couple of matches have been announced for the show, the venue is almost sold out.

According to WrestleTix’s patreon, over 1,000 tickets were sold for WWE Hell in a Cell in the last week. Out of the total 12,367 seats, 11,971 tickets have already been sold. That leaves a mere 396 tickets available for the fans.

Hell In A Cell is set to take place on Sunday, June 5 at the Allstate Arena Rosemont, IL. It has been announced that Asuka will face Bianca Belair at Hell in a Cell for RAW Women’s Title match. Cody Rhodes and Seth Rollins will square off against each other once again but this time inside the Hell in a Cell structure. Ronda Rousey, Bianca Belair, Edge, Bobby Lashley, Becky, Lynch, Drew McIntyre, and Seth Rollins were present on the premium event poster.

During a recent interview with Justin Barrasso of Sports Illustrated, ‘The American Nightmare’ had lavished praise on Seth Rollins, whom he faced at WrestleMania 38 and WrestleMania Backlash. Both matches have gone down well with the WWE Universe, but Rhodes himself has also been pleased with them.

“I was really satisfied with our two matches. It was pure wrestling,” he said. “I thought that chapter was closed, but I’m looking forward to what’s next between us.”

“I understand that sports entertainment is the proper term in WWE, but Backlash was a wrestling card,” Rhodes said. “Bell-to-bell, there were stories told in the ring, and there was competition, and there was violence. It just felt different. If me being back helps bring that identity, then good because I’m not changing. I’m going to be me.”