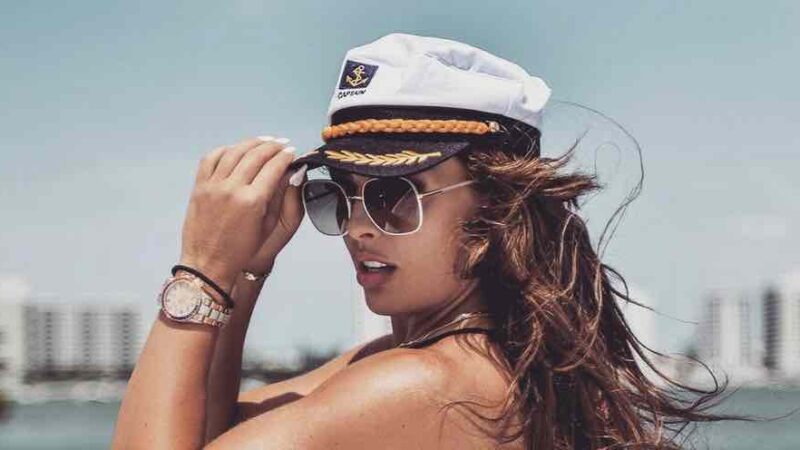 Mandy Rose posted new photos on a boat, as seen below. The reigning AEW TBS Champion Jade Cargill has been involved in a heated feud with the former NXT Champion, Athena(Ember Moon in WWE), who made her debut at Double Or Nothing.  She has been a thorn on her side, causing some trouble for Jade and The Baddie Section. Jade has referenced the reigning NXT Women’s Champion Mandy Rose, firing shots at the shoot interviews where Athena commented on meetings where WWE female talent were told to be more like Mandy.

In the latest Tweet, Cargill dropped a picture of Athena and lambasted her writing:

I can’t even post what I want to post. BUT I WILL CAUSE I DONT GIVE A FUCK. You Mandywannabe. Maybe you should go back to whatever whack gimmick you were rocking with over where you got fired. This isn’t working.

For those who are unaware, the bold claims made by Athena following her release drew massive attention. During an interview with Chris Van Vliet on INSIGHT, the former WWE star claimed that WWE officials held meetings in NXT 2.0 where they asked stars to dress like Mandy Rose. Athena recalled how she and other WWE stars had to sit through the aforementioned meetings. The former NXT Women’s Champion concluded by giving props to Rose, labeling her as ‘phenomenal.’ At the same time, the former NXT Women’s Tag Team Champion noted how not everyone could replicate Rose’s fashion and style. Even Rose had herself reacted to the claims.