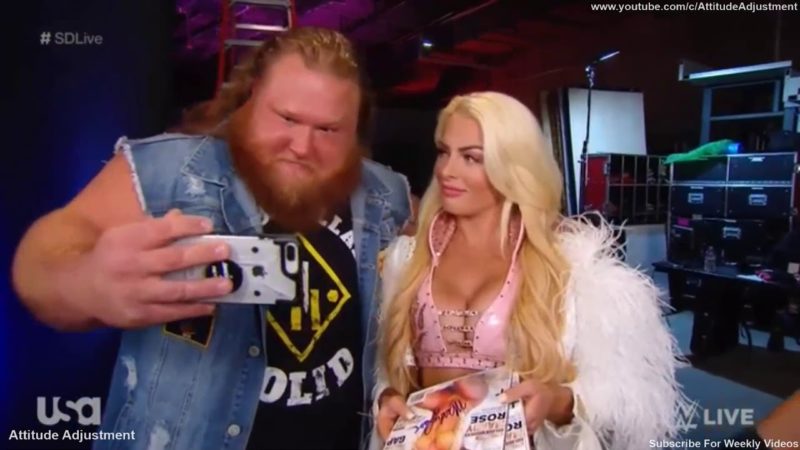 Mandy Rose is currently involved in a love triangle storyline that has fans invested. Dolph Ziggler and Otis are fighting over her.

Mandy recently spoke Digital Spy, where she was asked about her working with Otis. She revealed that he is “exactly” as seen on WWE television. He came up with unique nicknames for her which eventually made their way onto TV as well.

“He’s exactly who he is on TV. He’s always been like that ever since his NXT days. He’d walk around the Performance Center and he’d call me ‘peach’ and ‘Mandy candy’. The whole ‘Mandy candy’ and ‘peach’ thing started in NXT a couple of years ago, it was always really funny, he’d even cut promos on me. It’s like a Beauty and the Beast storyline and it’s awesome. But I don’t think I thought they’d be this much into it and this much behind it and care about it that much. It’s really cool.”

Mandy was unable to win the 2020 Women’s Royal Rumble. However, during the match, she was saved by Otis. She then talked about her spot with him.

“It was kind of nerve-racking but we’re so used to so many spots being like that and you’ve got to really just be on your A-game and really focus when your adrenaline’s pumping and you’re in the moment. It was definitely nerve-racking. But we got it done.”

Dolph and Otis are apparently going to have a match at WrestleMania, which is still in the works. WWE likely has finished filming the show of shows and we will have to see what they will do next.