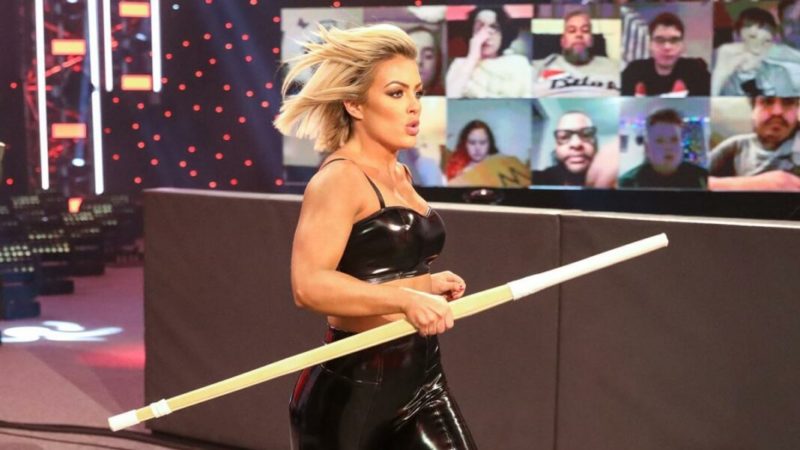 Mandy Rose is enjoying her run as the NXT Women’s Champion and she recently successfully defended her title against Kay Lee Ray on a previous episode of NXT 2.0. The Toxic Attraction leader recently took to her Instagram and uploaded a couple of photos of herself wearing a white top and tight black leather pants, as she pulled off a vintage look. Tay Conti from AEW also posted a photo with a backside view. You can check it out below:

Mandy Rose made her way back in WWE NXT in July last year and since then she has been a dominant force within the brand. She proceeded to capture the NXT Women’s title shortly and ever since enjoyed a great run following the formation of the top group, Toxic Attraction. She previously lavished serious praise on her stablemates, Gigi Dolin & Jacy Jayne as she said:

“I think Toxic Attraction is ready to take over. Gigi Dolin & Jacy Jayne are incredible athletes. I’m super excited for them. I think, also, while helping them grow in NXT and develop their characters, I didn’t think in the beginning, it would help me grow as much as well. So, that’s a big take-home I have.” (H/T – EWrestling)

We will have to see who steps up next to challenge Rose in the coming days.