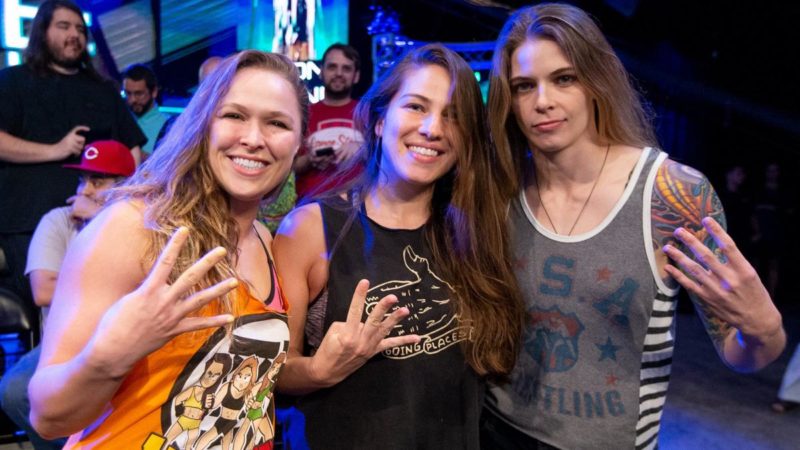 The third member of the Four Horsewomen has finally made her wrestling debut. At NXT Largo, Marina Shafir teamed with Nikki Cross to take on Aliyah and Rhea Ripley.

Shafir has been working on her in-ring skills since signing with the company back in May, though her debut was teased at last year’s Mae Young Classic when she, along with Ronda Rousey and Jessamyn Duke, stared down Bayley, Charlotte, and Becky Lynch.

Shafir and Cross defeated Ripley and Aliyah on July 26 in Largo, Florida when Shafir tapped out Aliyah.

Originally, the final two members of the Four Horsewomen were supposed to debut in a tag team match together, but Duke didn’t work that night, and Cross filled in.

For the moment, it looks like Shafir will be working as a face, as she’ll more than likely continue to feud with Ripley, Aliyah and Reina Gonzalez while she works house shows.

Below is some footage the WWE posted on their YouTube page, hyping up Shafir’s debut.

Marina Shafir responded to the positive reaction from the NXT fans, thanking them for their support.

Wow! Just wow! Thank you #NXTLargo for such an incredible welcome! Tonight was nothing like I’ve ever experienced before, and now that the adrenaline has dumped, I’m gunna go pass out now! @WWENXT

Rhea Ripley, who she tapped out, was not as gracious, however.