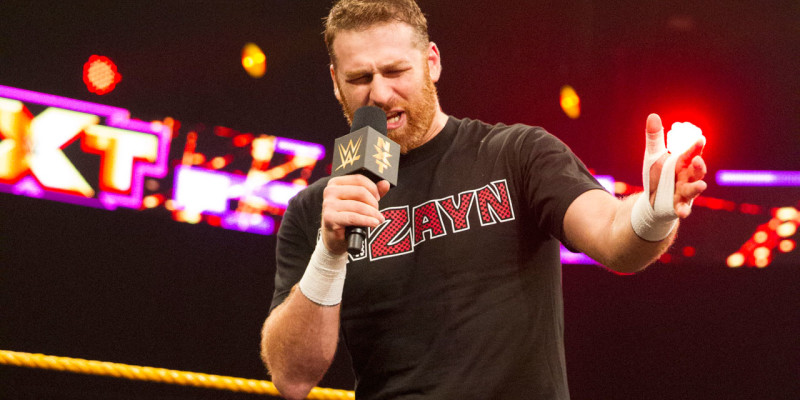 Sami Zayn made his long-anticipated return after missing out several months owing to double rotator cuff injury and the surgery which followed. The Underdog from the Underground has been calling out the fans on a consistent basis for their lofty expectations from wrestlers.

Mark Henry talked about Zayn and his prowess when it comes to promos during the recent edition of Busted Open. Henry claimed that the former NXT Champion could become a major player for the company in six months. Henry went on to give his opinion on Zayn’s promos. He said:

“I listen to Sami’s banter and the people are now sitting and listening like they’re in church,” Henry said. “They’re not a wrestling audience, they’re an audience. And they’re listening to him, and they’re learning from him, and he is the best promo in wrestling today. There’s no one close. Sami is giving an opinion that is so polarizing that you have to sit there and listen, even if you disagree.”

People are sitting and they’re not clapping, they’re not booing and hissing unless he prompts them to. They’re sitting there like, ‘Wow, he’s right.’ He’s like, ‘You point your fingers at me and wrestling, and you expect us to kowtow to every little thing that you do. And when somebody says no, you pout.’ Sami is bringing these points that nobody is talking about. Like when he says those things, that’s not everybody, you can’t generalize a stadium full of 20,000 people, but it hits home to a bunch of them. The things that he’s saying is hitting home and people are sitting there—you can tell who he is affecting.

Mark Henry also went on to compare Sami Zayn with WWE Hall Of Famer Stone Cold Steve Austin. He drew comparisons between the two on the basis of the fact that both of them were out for themselves. He added:

“Sami is doing Steve Austin type promos,” Henry continued. “Steve Austin was not going to the ring trying to make the fans feel good. Steve Austin was about Steve Austin, Sami Zayn is about Sami Zayn. He’s going to get his point across and you’re going to listen. I think it’s the most interesting thing on television right now. We have guys with titles, we have Shake-Ups, the women’s movement, and the thing that moves me the most is Sami Zayn’s promos because they’re real.

H/T to WrestlingInc for the transcription