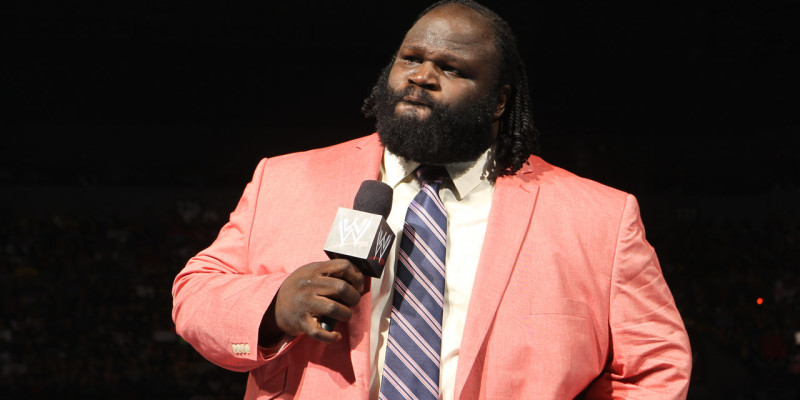 Legendary strongman and former World Heavyweight Champion Mark Henry will be inducted into the Hall of Fame this year, according to WrestlingInc. The site released an image of the new WWE WrestleMania magazine, where the World’s Strongest Man spoke about his induction.

The new #WrestleMania magazine reveals that Mark Henry will be inducted into the #WWE Hall of Fame. Thanks to Wrestling Inc. readers Chris and @JAAKKKEEEE

Henry is a one-time ECW Champion and one-time World Heavyweight Champion, as well as a former European Champion. While he didn’t always have a title around his waist, he feuded with a lot of top names during his time with the company.

Most recently, Henry is known for his Hall of Pain and his false retirement where he turned on John Cena.

Many fans still call back to this night, where Mark Henry had the entire WWE Universe in the palm of his hand. Henry’s mic skills shone through that night, and he caused fans to shed tears along with him. However, it was all a ruse, and the World’s Largest Athlete turned on John Cena, sparking a quick feud between the two.

While he didn’t grab a lot of championships in his time with the company, Henry will go down as one of the greatest big men to ever step foot in a WWE ring.

From all of us here, we wish to congratulate Mr. Henry on his induction. He is a man who truly deserves it.