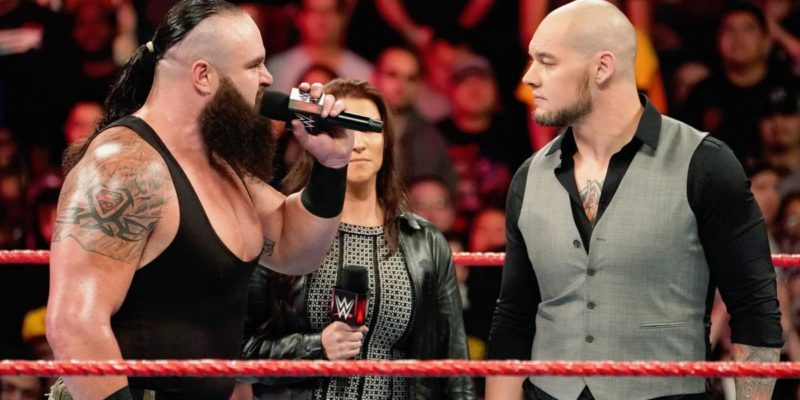 WWE Hall of Famer Mark Henry had a chance to talk about the Lone Wolf Baron Corbin recently on Busted Open Radio.

Henry discussed how former athletes always want to join the WWE after their careers are over, but it’s never as easy as they think it will be.

We had 10 NFL-type guys at the camp that I was at down in Orlando. We didn’t sign any of them. Don’t think it’s just an easy crap shoot.

The World’s Strongest Man talked about how well Corbin has transitioned from the NFL to the world of professional wrestling, commending him for his passion and work ethic.

Baron Corbin is a guy that was athletic, passionate about being a wrestler, and wanted to be good at it. He didn’t just want to do it for the sake of doing it, to make a dollar here and there. He wants to be somebody. And if you look at the body of work he’s put out already, he’s on the right path. Whether you like him or not, according to the role that he’s playing, then, that’s just tough!

Corbin has certainly impressed someone higher up in the company. Since moving to Raw, the former United States Champion has opened and closed many Monday nights and has found himself in the role of acting Raw General Manager.

No one knows for sure what’s next for Corbin once this storyline is done, but the Lone Wolf seems to have a guaranteed job for years to come. As for his current role, though, Corbin will face Braun Strowman at WWE TLC this Sunday to determine whether or not he’ll stay in power.

If he wins, he’ll become the permanent GM of Raw. If Strowman wins, Corbin will be ousted from the seat of GM and the Monster Among Men will challenge Brock Lesnar for the Universal Championship at the Royal Rumble.