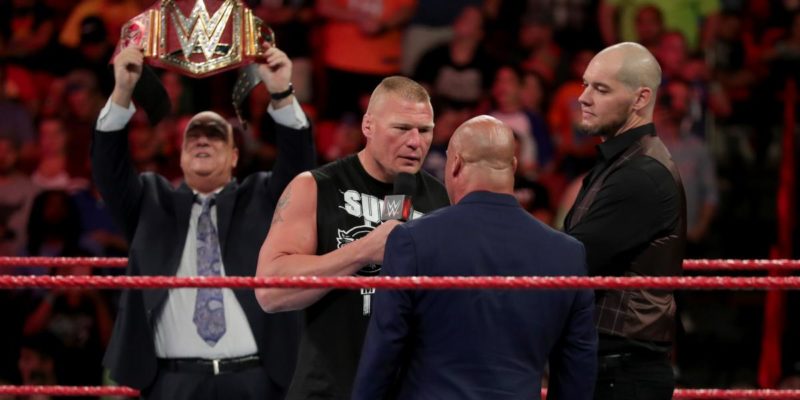 WWE Hall Of Famer Mark Henry was no stranger to promos during his long tenure with the WWE before hanging up his boot. Henry commented on Brock Lesnar’s promo on the red brand while appearing on Busted Open.

The 47-year-old was clearly impressed with Lesnar’s work on the mic this week as he proceeded to claim it as the Beast’s best ever promo. Henry said:

“First of all, I’m going to go on record as saying something that I’ve never said about Brock Lesnar ever, Best promo he ever cut. When he grabbed Paul Heyman and he said you are not my friend, and he started ripping him. I was like he doesn’t need Paul Heyman. That promo was fire. That’s what Brock needs to do… I thought that segment was really good.”

Henry also went on to praise the ever brilliant Paul Heyman on his role in the entire segment which saw the advocate get attacked by Lesnar after the champion delivered an F-5. He said:

“Paul Heyman was as spectacular as he always is, playing the role, not only that, but the physical part of it,. “Because you don’t want to see Paul have any physical interaction and he did [on Monday] and he was tremendous. I’m just so happy we were blessed with that.”