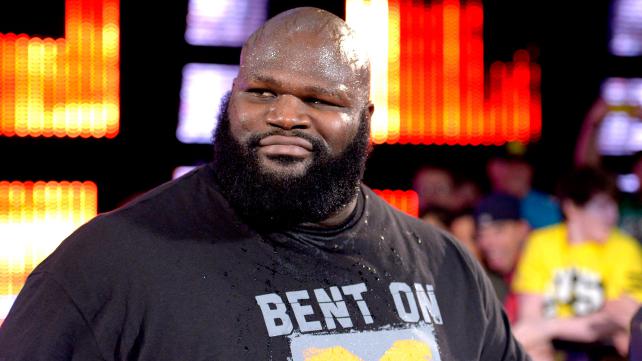 WWE has an interview with Mark Henry to celebrate his 20th year with the company. You can check out some highlights from the interview here:

What do you think some of the newer Superstars coming up from NXT can learn from a debut like yours?

When I came in, I was one of the last guys to work in territories. You went, you learned your craft, and a lot of times you would go places and people would try to run you off. They really wouldn’t teach you anything. They’d just take your money, beat you up and send you on your way. Vince [McMahon} didn’t want that. He wanted us to really learn, and he had guys that were hyper-competitive come in and learn how to work and get in good condition. Be there early, leave late … the normal, traditional work ethic type of deal.

Given that you were brought up in this very tough developmental system, how do you take it upon yourself to mentor some of the younger talent who came up a different way than you did?

Well, one, I explain to them the culture of the locker room. That’s the foremost thing you have to learn. To respect, to honor the people that came before you, and don’t talk so much. [And] listen. Learn how to humble yourself, and be able to take advice and not feel like you know everything. Once you can do those two things, you open yourself up for the psychology lessons, because people think that our business is being able to flip, jump, catch and all that. It’s really psychology-driven. Sometimes [it’s] simple psychology — big vs. small, fast vs. slow, good vs. evil. But then, it takes an unbelievable turn where – with your movements and your looks and your eyes and actions – you have to be able to tell people what they usually use words for.

Is there any one Superstar you took under your wing whom you felt really took to the lessons you gave them?

There have been several. Daniel Bryan was one that I take a lot of pride in saying I saw him on the independent scene and told him what his future was going to be before he started here. He just laughed and looked at me like, “OK, I’m just happy to be here.” [Laughs] I said, “No, brother, don’t be happy to be here. You gotta take the initiative to be what I’m telling you that you could be.” Randy Orton, Kofi Kingston … To sit here and say I had a hand in [their careers] is awesome, but I can’t take credit for the work. I can only say I saw something in that person, and did my best to try and help.