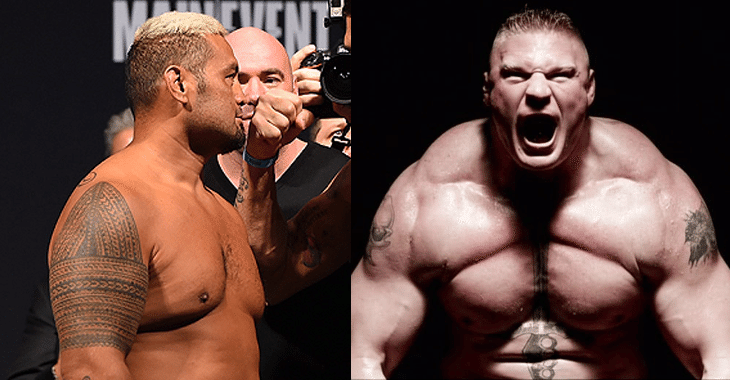 As reported, Brock Lesnar will be returning to the Octagon and competing at UFC 200 on July 9, 2016, fighting against Mark Hunt. In light of the anticipated showdown, Hunt shared the following comments about how he thinks the match will play out:

“I already said they better be testing him, but in the end it doesn’t even matter. It’s time for ‘punch face’, a game I have been playing for many years. I’ll knock his face off. I knock his mouth off and then his lips fly off. … I ain’t no part time fighter. He thinks this is a game where he can come back and forth. I will send this pretender back so he can play house with the other part timers. This realm is for the real fighters, not these damn pretenders.”

For those unaware of Hunt, he is known for his spectacular knockouts and big punching power. How do you guys think the match will go?