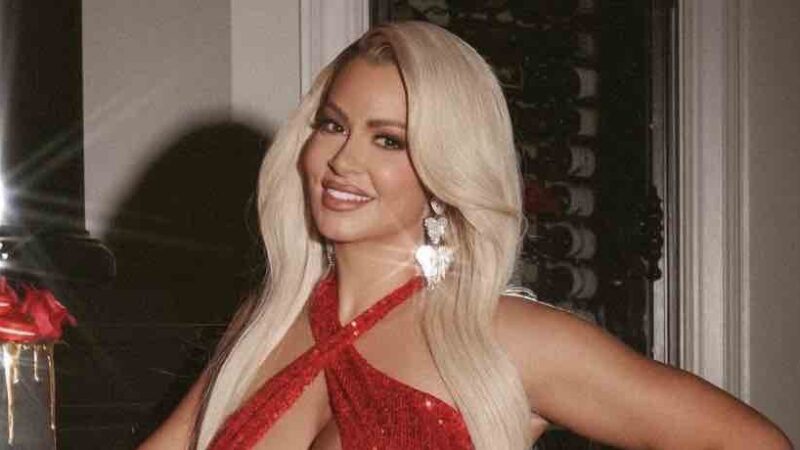 WWE star Maryse recently celebrated her 40th Birthday and dropped a stunning picture on social media. The picture saw her posing with the birthday cake and she wore a revealing red dress for the occasion.

WWE star Natalya also recently sent out a two-word message to Maryse. Recently, taking to social media, Nattie uploaded a photo of herself alongside Maryse as she wished the latter on her birthday.

Meanwhile, Nattie participated in last year’s Royal Rumble and was the 24th entrant. She was the one to eliminate both Tamina and Summer Rae but was eventually eliminated by Bianca Belair. The Hart Dungeon graduate later went on to team up with Shayna Baszler for the WWE Women’s Tag Team Championship on the second night of WrestleMania 38. But the duo could not capture the gold.

On the June 3rd episode of SmackDown, Nattie became the #1 contender to face Ronda Rousey for the SmackDown Women’s Championship at Money in the Bank. but unfortunately lost the match as well.

Speaking on the Busted Open podcast, ECW legend Tommy Dreamer mentioned that both Nattie and Dana Brooke would be good choices to replace Mandy Rose in Toxic Attraction.

“I’m thinking literally Dana Brooke or Nattie. And it’s this veteran, ‘Listen, I’m talking to you. Talents that have been in this company, in NXT for a while. I could get you to the main roster. I could be doing all these things for you because look what happened for me in my career.’ She’s basically using these women who’re younger,”