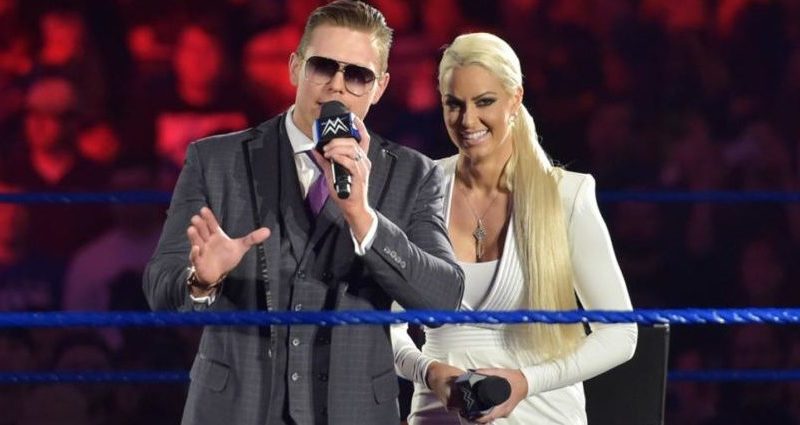 Maryse, who is a WWE star and wife of The Miz, was recently spotted backstage. She dropped a video clip of her walking in stunning red wrestling gear and it was shot from the backside. Previously, Maryse donned a beautiful teacher outfit. Dropping the latest video clip, she wrote in the caption: “See you Monday #Raw 🖤 ”


You can check out the video clip below:

Former WWE Champion The Miz and his wife Maryse recently squared off with WWE Hall of Famers Edge and Beth Phoenix at Royal Rumble 2022. Unfortunately for The Miz and his wife lost the match. With the rivalry between Edge and Miz building for weeks, the stars had partnered with their wives, Beth Phoenix and Maryse respectively, in a match that was definitely one of the most unique of this year’s Royal Rumble.

Despite the loss, The A-Lister’ was delighted with his wife’s performance as he took to Twitter and mentioned how proud he was of Maryse’s performance. He said, “her physical beauty is unmatched.”

“I am so incredibly proud of @MaryseMizanin. Last night, I had the honor of tagging with one of the best performers @WWE has ever seen. Every time I’m around her she never fails to impresses me. Her physical beauty is unmatched. Her drive and passion is in a class of its own.…”

And not only that, The Miz has also followed it up with a couple of more Tweets about it as he had utmost praise for his counterpart.

“Maryse’s ability and confidence to get back into the ring after having only 1 match in the past 10 years is unbelievable and admirable – mind you without missing a step. You are a superstar in the ring and out.”

Maryse’s ability and confidence to get back into the ring after having only 1 match in the past 10 years is unbelievable and admirable – mind you without missing a step. You are a superstar in the ring and out. pic.twitter.com/DMpABY8SQj

I love you. Thank you for being such a strong role model for our girls and for so many more around the world. Last night was Awesome. pic.twitter.com/psO5gG3J3b

We will see what is next for The Miz and Maryse following their Royal Rumble loss.