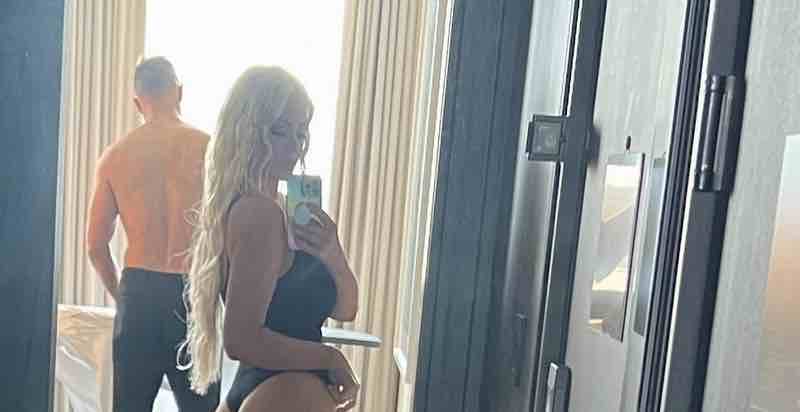 Maryse has posted a new hotel room photo with The Miz showing her backside.

The former WWE Champion The Miz recently took to his Twitter account and uploaded a hilarious photo of himself with Maryse, as she put an ice pack on his groin. The Miz asked what he’d do without his wife.

What would I do without

“That [shooting himself in the crotch] didn’t hurt as much as Maryse waxing my uh, my genitalia, if you will. That was the most, biggest painful thing I’ve done on ‘Miz & Mrs.’”

On the June 6 episode of WWE RAW, Riddle crashed Miz TV to declare that he wants to face Reigns and take away the Undisputed WWE Universal Championship from him. He then shifted his focus to The Miz. He noted that John Cena is playing Peacemaker while The Miz is playing homemaker, as he’s being dragged around by his wife, Maryse. “The Original Bro” stated that The Miz has “tiny balls”, and Maryse responded by saying that her husband has average balls.

Miz asked her to boost him up, so she said he has above-average balls. The Miz insisted, and Maryse said her husband has humongous balls. Riddle told him to prove it, and the fans chanted, “Prove it.” The Miz then faced Riddle after Ciampa attacked him from behind. Despite Maryse’s interference, Riddle ripped his pants and pinned him with an RKO. We will now have to see what is next for Miz.