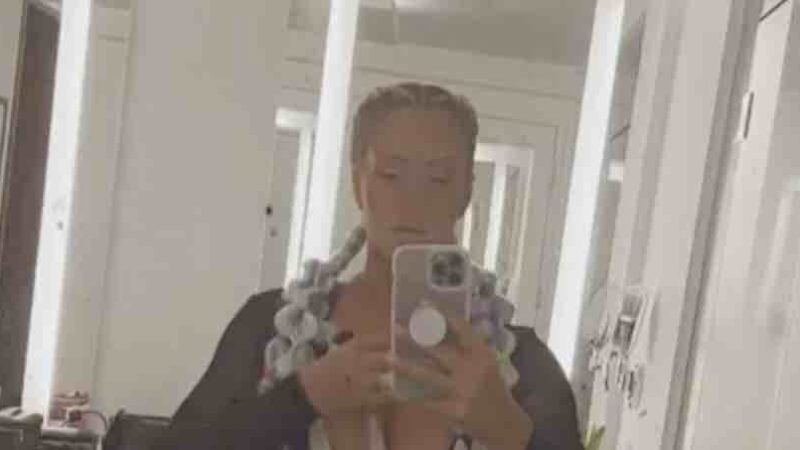 The former WWE star Maryse recently took to her Instagram account and posted a series of pictures from EDC event in Las Vegas, Nevada. She wore a revealing dress and dropped a selfie that would stun the WWE fans. In the caption, she noted that it was an “insane event.”  You can check it out below:

Maryse reveals if she wants her daughters to pursue pro wrestling

Maryse is married to fellow WWE star The Miz and the couple has shared a bond since the former’s early days in the company. Speaking with E! News, whilst promoting the upcoming 3rd season of their reality show ‘Miz and Mrs’, the ‘It Couple’ was asked about the possibility of one of their daughters potentially following in their footsteps into a WWE ring.

The Miz went on to add the following:

“The women in WWE, they’re strong, they’re powerful, they’re smart, they’re athletic – they are everything you would want a woman to be! I mean – I married a WWE superstar”, added The Miz. “But if that’s what she wants, then we’ll guide her that way. If she wants to do something else, then allow that to be it too. Whatever her dream is, we’ll help her out with it.”

Their daughters are still at toddler ages and the ‘IT Couple’ added that they would be happy to support their daughters regardless of what field they go into.

“She’s three and a half months, so I can’t wait to see what she wants to do, what she likes, you know?”, said the French Canadian.

“I imagine things will change, I didn’t know what I wanted to do until I was 20 years old!”, stressed the 2-time WWE champion Miz.

It has been announced that the Season 3 of ‘Miz and Mrs’, will debut on the USA network on June 6th.