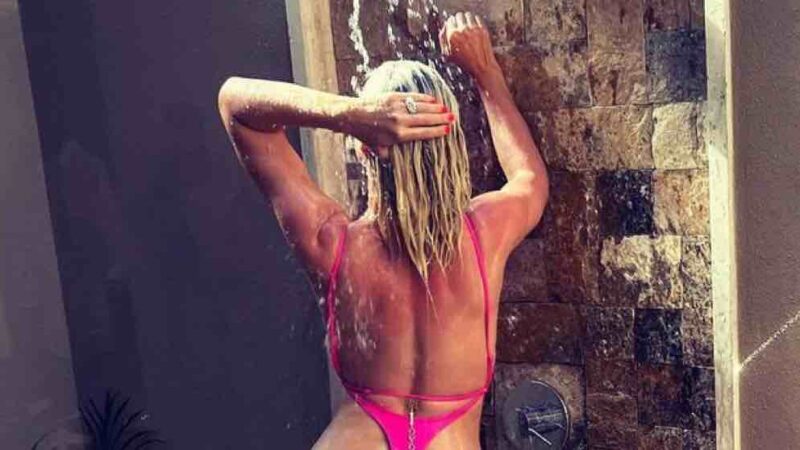 Former two-time WWE Champion, The Miz is without a shadow of a doubt one of the most versatile WWE Superstars in the company and also a proper veteran in the pro wrestling business. The Miz was also seemingly ripped off by a fired WWE Superstar.


Former WWE Divas Champion Maryse made her return a couple of weeks ago on Monday Night RAW, to promote the season premiere of her reality show Miz & Mrs.Her last match was at the Royal Rumble premium live event in January where she partnered up with her husband The Miz to face Edge and Beth Phoenix. Both of them would lose to The Rated R Superstar and The Glamazon.

During her recent appearance on CBS affiliate KOIN 6, Maryse revealed that she simply can not return as a full-time performer because of her role as a parent, but did not rule out a return to the squared circle in the future.

“It’s great [being in the ring] and that’s — I always say never. ‘I’m never gonna be back in the ring’ and I’ve said that after WrestleMania with [The Miz], that was 2016. Then I had a baby, I said, ‘Nope, never. I think I’m done.’ Four months later, I was back in the ring then I had a second baby, ‘We’re done.’ No, back in the ring again so I really — I can’t at this point. I think I’ll be back again. I always say I don’t wanna be back because I don’t wanna get hurt. After all, I have children and it’s hard to commit to this. This is an extreme sport. It’s hard to commit to that and you gotta go full-on if you’re going so I love it, but, it’s almost like it’s — it’s not sad in a way. I’m just trying to pull myself out.”