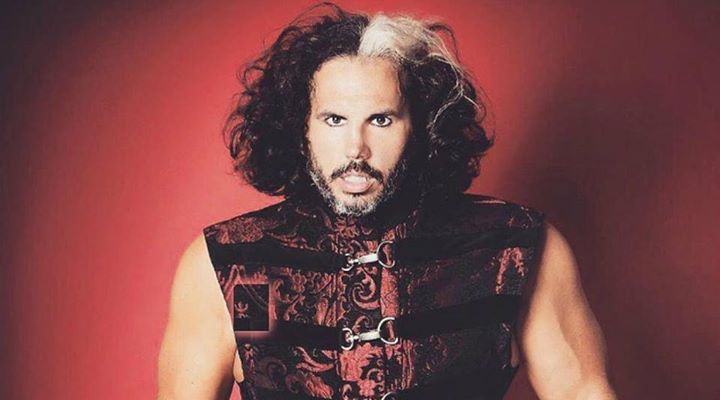 Matt Hardy has commented on Billy Corgan’s recent split from TNA (now re-branded as Impact Wrestling), insinuating that the company is now worse off following the rocker’s departure.

Matt Hardy, his wife Reby, son Maxel, father-in-law known as Senor Benjamin and Matt’s brother Jeff Hardy were responsible for the uncanny renaissance of Impact Wrestling last year, owing to the family’s Broken gimmick. All aforementioned members of the Hardy family played a significant role in the portrayal of the Broken storyline in TNA that became wildly popular in the professional wrestling community within a few weeks of its inception and to date still rages on.

The Hardys split from Impact Wrestling earlier this year and have been embroiled in a legal battle against new Impact Wrestling owners Anthem Sports and Entertainment over the usage rights of the Broken gimmick ever since. 2016 was a pivotal year for TNA as famous rockstar and longtime pro-wrestling fan-cum-promoter Billy Corgan had attempted to purchase the promotion. Nevertheless, Corgan would later sue TNA for alleged non-disclosure of its tax debts and financial condition. He eventually reached a settlement with the company whereby all his shares were duly returned. Besides, Corgan recently acquired the rights and trademark to legendary promotion NWA (National Wrestling Alliance).

Matt Hardy reiterated the sentiments of his brother Jeff, who had previously stated that they might have stayed on with TNA if Corgan would’ve remained in control of the organization.

If @Billy had got TNA, company/talent would’ve been great.

Instead, a naive @EdNordholm is now funding GFW into existence at TNA’s expense. https://t.co/2ajD3OhmJr

Matt is of the opinion that the new Impact Wrestling regime that’s helmed by Anthem head-honcho Ed Nordholm has an agenda of unfairly benefitting Jeff Jarrett-helmed GFW (Global Force Wrestling) at the expense of the finance and quality of the TNA product. It’s essential to note that this isn’t the first time the Hardys have criticized Nordholm or the Anthem regime, what with Reby Hardy routinely firing shots at the new owners of the promotion for, what she feels, is an unjust attempt on their part to unfairly exercise their rights over the Hardy family’s creation ergo The Broken Universe.

In my opinion, Impact Wrestling management seriously needs to drop this pursuit of the Brokenverse. The Hardys are bonafide stars regardless of where they go, and this is indeed a losing battle for Nordholm and the folks over at Anthem. Thou shall not cross the Broken Hardys or else thou shall be deemed Obselete!