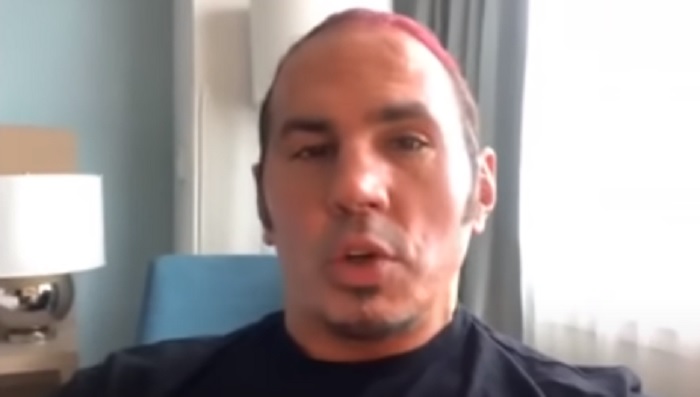 AEW star Matt Hardy recently spoke with Chris Van Vliet for an in-depth video interview to promote his upcoming “Broken Rules Match” against Sammy Guevara at this Saturday night’s AEW All Out 2020 pay-per-view.

During the discussion, Hardy explained why an idea and faction such as The Dark Order would not work in WWE for various reasons, which he explained in great detail.

Featured below are some of the highlights of the new Matt Hardy interview.

On the rise of The Dark Order in their formative stages:

“There were a lot of people that believed in The Dark Order, and if you’ve watched BTE (Being The Elite), they’ve been like a featured act. The Young Bucks thought with these guys, it’s really gonna work, we’ve just gotta give it some time. We’ve gotta stay focused on them and continue the given path, and now it worked.”

On the moment The Dark Order moved to another level as a faction:

“[They moved to another leve] with that big match where Brodie Lee killed Cody and became the TNT Champion, and running parallel to their super entertaining bits on Being the Elite.”

On why The Dark Order wouldn’t work in WWE:

“The Dark Order – that act has worked. That’s something that in WWE – if that act would’ve had an opportunity to be on screen – it would’ve been given up on a long time ago. Sometimes the course isn’t always direct – you go the right, you go to the left – but you have to stay focused on ultimately where you wanna get to it and continue to keep on trucking.”

Check out the complete Matt Hardy interview with Chris Van Vliet via the YouTube video embedded below, or by visiting YouTube.com.