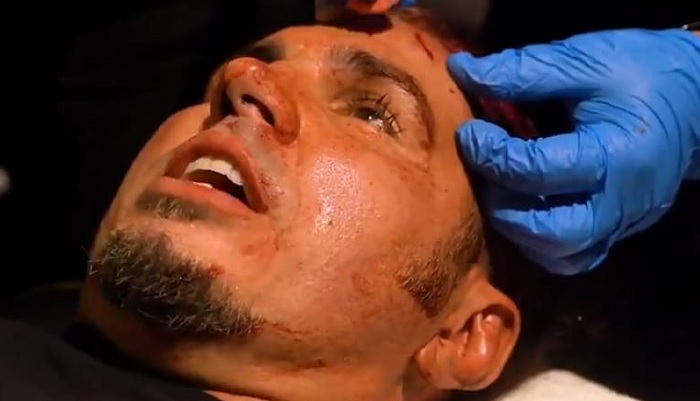 Matt Hardy gets 13 stitches after Dynamite.

Matt Hardy will not die.

He will bleed, though.

The man who shares his “BROKEN Brilliance” in All Elite Wrestling these days suffered a brutal gash on his head during his segment with Sammy Guevara on this week’s episode of AEW Dynamite.

Hardy was badly busted open during a table spot when “The Spanish God” of the Inner Circle attacked him during an in-ring promo segment on the AEW on TNT show from Daily’s Place in Jacksonville, Florida.

According to a report at Fightful Select, Hardy required 13 stitches to close the wound on his head following the scary spot on the show.

Check out video footage and photos from the Matt Hardy and Sammy Guevara segment on the Wednesday, August 5, 2020 edition of AEW Dynamite below.