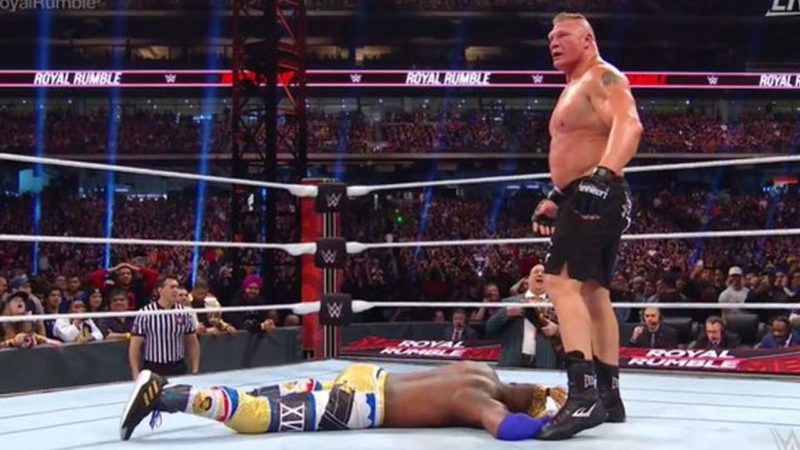 At the Royal Rumble, Brock Lesnar voluntarily entered at #1, hoping to run through all twenty-nine performers looking to make a name for themselves. Lesnar dominated the first half of the match, tossing out Superstars like John Morrison, Keith Lee, and Kofi Kingston with ease.

It wasn’t until Ricochet waylaid Lesnar with a kick to the groin that Drew McIntyre was able to knock the Universal Champion over the ropes, eventually punching his ticket to WrestleMania. While the overall reaction to the men’s Rumble was positive, early thoughts were a bit more on the negative side.

On the latest “Thoughts form the Throne” Matt Hardy discussed the match and went into the initial hatred fans felt while Lesnar was going on his thirteen-elimination run.

I know there were some people online, some of the more critical fans who were upset that Brock Lesnar dominated the first half of the match. Looking back, I think Brock Lesnar was being Brock Lesnar, and if they were going to make a big deal about the champion entering the match and being number one, he certainly had to be impactful.

The guys he eliminated, people were worried about them being buried or whatever, it doesn’t really do any damage to them. It wasn’t a scenario that would bury them in any way, shape, or form.

If you want to see more of Hardy’s thoughts on the match, check out his video below.