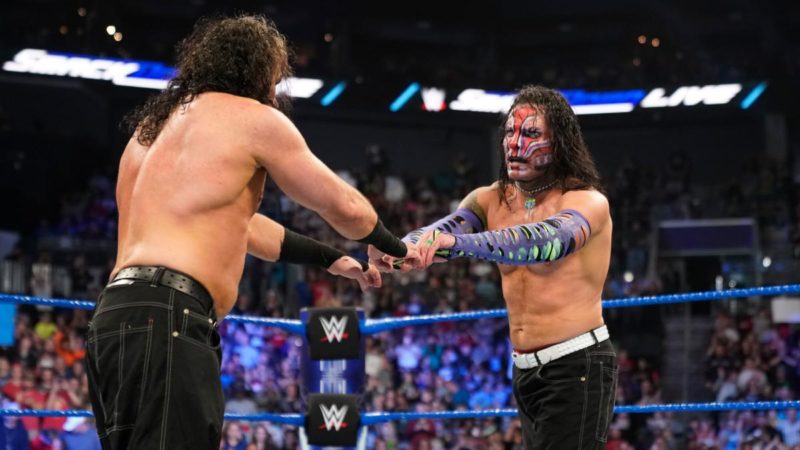 Matt Hardy has parted ways with WWE while Jeff Hardy is still in the company. He suffered an injury last year, due to which his contract was frozen. While The Hardy Boyz are no longer together in WWE, they are still very close.

On a recent episode of Busted Open Radio, Matt Hardy talked about his brother Jeff. He was glad to see him on WWE Backstage and could see how much better he was.

“First and foremost, I wanted to hit on Jeff. It was great to see that last night and just how healthy and refreshed he looks and like, the conversations I’ve had with him, he’s been very different and its been very good, and I know he had a lot of stress going on, especially the situation with our dad who was in real bad health and I wasn’t really working on the road at that time and Jeff really was there with him everyday, working, trying to help him rehabilitate and get better and he did but I know it was a lot on Jeff so, I’m glad Jeff finally took some time to himself and took care of Jeff and I’m very excited for him to be back and I hope he does great in everything he does.”

It is certainly good to see that the two are on great terms and are doing great. Matt is expected to make his AEW debut soon enough. On the other hand, Jeff Hardy confirmed he is 100% cleared for an in-ring return. We will have to see when he does return.