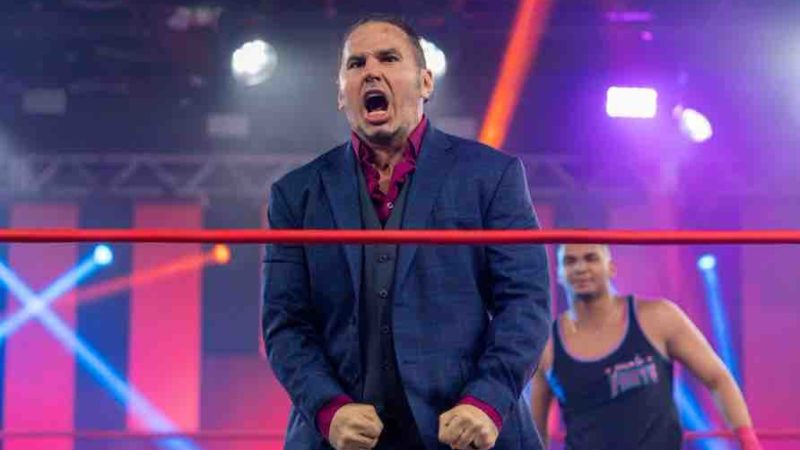 Matt Hardy teased returning to WWE for a Hardys vs. Edge and Christian vs. Dudleys cinematic TLC match in a new Table Talk podcast interview.

“You know what would be masterful? If the Dudleys vs Edge & Christian vs the Hardys in the first-ever TLC cinematic match. Is that money or no? (D-von agrees and says he “likes the idea”) We can make it super entertaining and keep it safe.”

Matt Hardy is currently signed with AEW, working with Private Party, and he is also making appearances on Impact Wrestling as part of the interpromotional feud.

Jeff Hardy recently told Metro that he was terrified by Matt Hardy’s AEW All Out bump.

“Terrifying! When he tried to get up and then he fell down – when you hit your head hard, that’s scary stuff. That was scary, man, with Matt – flesh on concrete, it was scary when he couldn’t walk. Gosh, man – thank God he’s OK, but that’s part of the game.”