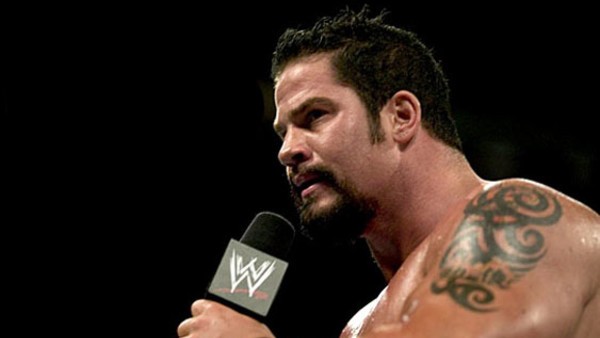 With his incredible size and look, most believed that Matt Morgan would’ve quickly risen to the top of the ranks in the WWE. After all, in the Land of the Giants, Morgan stood over most other competitors.

Regardless of what some may have thought of his ability, his physique alone seemed to be enough to at least think Vince McMahon and the WWE would give him a mid-card title. In fact, in 2003 there was a point where Morgan was working with Brock Lesnar as part of “Team Lesnar” and was even set to team with another big man, Nathan Jones. However, he quickly fell off and would return as a stuttering oaf in 2005 before being released.

Well, Morgan revealed on the latest episode of the Wrestling Inc. Podcast that he may have been on his way to bigger things were it not for a concussion.

So as I flipped over the top, you do a backflip and basically land on your feet and crash and burn. As I’m in the middle of my backflip, that second rope snapped back and smacked me in my head and knocked me out for about 2-point-something seconds.

The ref told me, ‘Stay your butt down Matt. Do not get up – you’re screwed up. We’ll get you some help.’ I had so much heat on me because I was stretchered out of there. Bob didn’t do anything wrong, but what pissed me off afterwards was I was de-pushed big time because of that. I was shat on because I got hurt.

Nowadays, the WWE handles concussions, and injuries in general, better. One has to wonder if Matt Morgan would have made a bigger impact if the company didn’t expect him to tough it out.