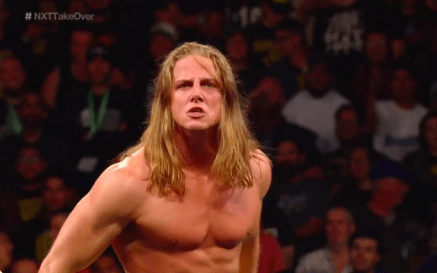 As reported earlier, Matt Riddle made his NXT debut in a surprise match at NXT TakeOver: War Games. Riddle quickly defeated Kassius Ohno, whom he had challenged minutes prior to knocking him out for the three count.

Riddle’s victory shocked the entire WWE Universe but he himself wasn’t surprised. Riddle was interviewed backstage following his victory over Ohno and he had a few things to say about his NXT TakeOver “de-butt”.

Riddle said that he was speechless after his “de-butt” in L.A and that he might have created history with that super-fast knockout. Riddle said that the nature of his victory against Ohno was a “cherry-on-top” of this amazing moment.

EXCLUSIVE: He's the #KingOfBros, and now @SuperKingOfBros is the KING of LIGHTNING QUICK #NXTTakeOver victories! pic.twitter.com/nEufN5HGrR