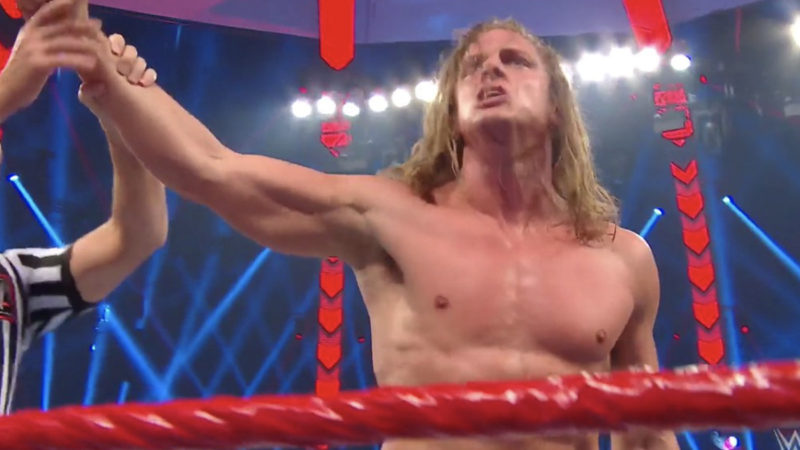 Matt Riddle had a highly-regarded match against ‘The Viper’ Randy Orton this week on Raw, with the match being setup so Orton could teach the former MMA fighter a lesson in ‘respect’, which Riddle seemingly got out of Orton after defeating the former WWE Champion. On social media via Twitter, Orton would state the following after his match: “He’s a prick and needs a good ass whoopin…. but also impressed me tonight. Fuck. He beat me. Ok ‘bro’ let’s do this…..”. This was also in reference to Riddle proposing the two team up, calling themselves ‘RKBro’. Vince McMahon ‘demanded’ this recent Matt Riddle loss.

However, while Riddle has the respect of Randy Orton, it was pointed out by noted professional wrestling journalist and wrestler Bryan Alvarez that Orton injured himself during his match with ‘The Original Bro’, The editor of Figure Four Weekly would highlight that the injury took place when Orton went for a ‘dramatic-looking punch’ on Riddle, which rendered his right arm useless for the rest of the match. Alvarez would state the following during a recent edition of Wrestling Observer Radio. Credit to Sportskeeda for the below quote.

“I don’t know the extent of what happened, but Randy Orton hurt his shoulder. He was fighting out of the corner and Riddle went to give him an exploder and Randy of course didn’t take an exploder. He blocked it and he pulled back and did this very dramatic punch and he punched him and then from that point forward he could no longer use his right arm. He was throwing forearms with his left arm, which looked horrible. They still did manage to do a top rope superplex… it was like that one day when he punched the mat and his shoulder went out.”