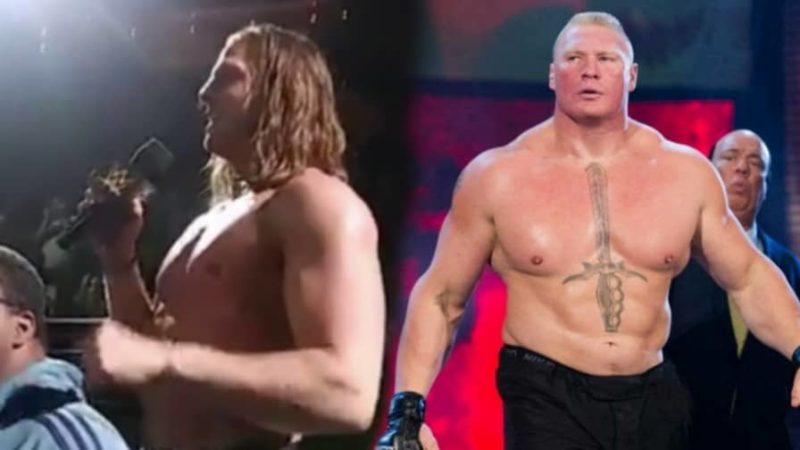 Matt Riddle has made the move to SmackDown as the latest addition to the Blue Brand. The former NXT Tag Team Champion has been seen on the main roster before, though. Riddle was a vital part of the NXT Invasion during the Survivor Series build-up.

He also appeared at the 2020 Men’s Royal Rumble match. There were quite a few Superstars he was looking forward to facing off with, especially then WWE Champion Brock Lesnar. Riddle had reportedly met Lesnar backstage beforehand and was excited to get in the ring with him.

Sadly, that didn’t happen, as Riddle entered after Lesnar was already eliminated. In an interview with talkSPORT‘s Alex McCarthy, the Original Bro talked about the match and the missed opportunity.

Eventually I found out I’m going to be in the Rumble. Now I’m stoked! I’m like ‘what if I get my chance!’ I don’t even know if I should say his name.

But what if I get my chance? And now I’m starting to play the scenarios in my head and, of course, ‘What if I do this’ but then also, this isn’t just about me, there’s 29 other people. So I was just like, ‘if I can get anything, I’ll be extremely happy.’

Of course, Heyman and his ‘security guard’ come up to me and basically told me I had no chance in hell. It was very vince McMahon like [laughs] no chance in hell that I was going to get that match with him and I’d have better luck doing something else.

At first, I was just like, ‘aww,’ I got this far and you’re literally holding me like this [with his arm over his shoulder]. Like he’s holding me like we’re friends but we’re not. And then he [Lesnar] tells me, ‘it’s never going to happen.’

I wasn’t mad, I wasn’t sad. I was more just heartbroken. but it’s like when a girl turns you down on a date; hey, it doesn’t mean give up completely. It’s like OK, let’s go back to the drawing board, maybe I came on a little too strong this time. Maybe I’ll try something different to convince him, ya know?”

Matt Riddle was overall happy with the performance. After all, he was able to share the ring with Edge and now WWE Champion Drew McIntyre. He’d also received a great pop, but believed it would’ve been deafening had he been there when Lesnar was in the ring.