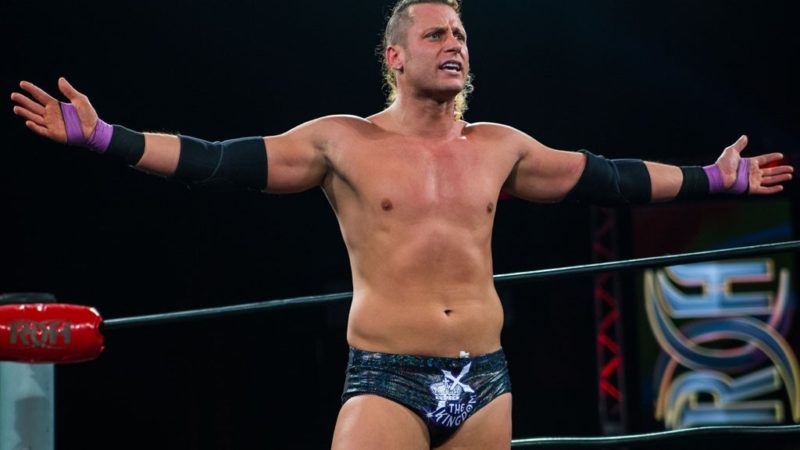 ROH’s Matt Taven talked about the possibility of joining WWE, wrestling in the Madison Square Garden at G1 Supercard, in a recent interview with The Mirror.

Taven will be seen in the three-way ladder match for the ROH World Championship in the main event against Marty Scrull and champion Jay Lethal. Taven says he is excited but going through a bunch of emotions before his big match.

“I’ve been a wrestling fan since I was six-years-old. My first memories of wrestling in general, take place at Madison Square Garden. I can remember being a fan before this but I vividly recall like SummerSlam ’91, begging my parents to get it on pay-per-view. Seeing Bret Hart beat Mr. Perfect and Hulk Hogan and Ultimate Warrior teamed up that night. I’m that little kid tying my shoelaces on my arm and pretending I’m the Ultimate Warrior at Madison Square Garden. Now for it to finally be happening, I’m excited. Every once in a while I have to take myself down a notch and say, ‘You’ve got this, it’s just Madison Square Garden which you’ve always wanted to do. It’s just finally happening’. I’m excited, I’m anxious, I’m nervous, I’m all of the above. I think once you get in there, it’s a different story, but getting in there and walking around before the match, looking up at that ceiling, I’m going to have those butterflies. But I’ll have the smile on my face that I have now. I couldn’t be any more ecstatic not just to be there, but to be in the spot I’m in, fighting for the Ring of Honor World Championship.”

Taven is of the belief that anything can happen in the world of pro-wrestling, so he can’t say he won’t be joining WWE in the future. We will only know once his contract with Ring of Honor expires in the next few months.

“I always say ‘never say never’ on anything. It’s one of those things where if you say, ‘It’s never going to happen’, you can almost guarantee it’s going to happen. Right now, my contract is still with Ring of Honor for the next few months. We’ll see what happens at the end of that. The wrestling world is crazy. If you were to tell me there’d be an NXT U.K. and AEW and Ring of Honor is in Madison Square Garden and different divisions in WWE. If you’d have told me that when I started, I’d have never believed you. When I started, there was one way to get there and that was it. You had to be a football player, an amateur wrestler, now everything is so completely different. A year ago, going into Supercard of Honor, I was outside the building protesting the show. Now I’m in the world title match in the main event. So you never know what’s going to happen.”