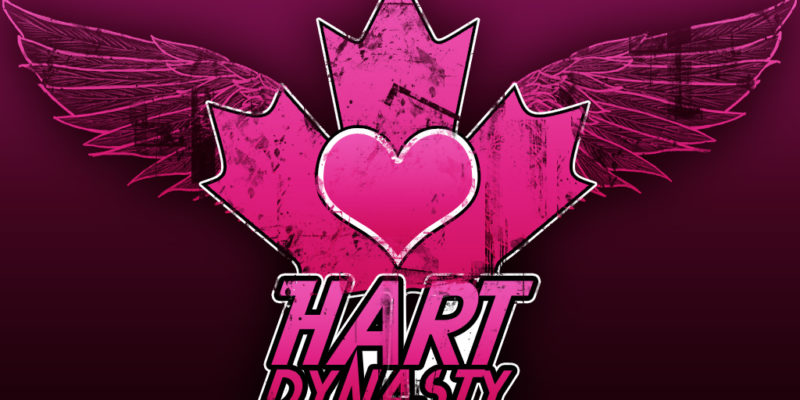 According to a report from Pro Wrestling Sheet, Teddy Hart was arrested in Arlington, Texas on New Years Day after trying to evade police for “a hazardous traffic violation”. Hart’s bail has been set at $6,500 after being reportedly intoxicated and operating a vehicle without the owner’s consent.

As a result, the nephew of WWE Hall Of Famer Bret ‘The Hitman’ Hart was removed from the Canadian Wrestling Elite (CWE), and the organization released the following statement:

It is with great disappointment we have learned today that due to legal circumstances in Texas beyond our control Teddy Hart will be UNABLE to appear as scheduled in Calgary, Winnipeg, and Thunder Bay.

Although we anticipate this situation will reveal itself in the public eye soon enough it isn’t our place to discuss Mr. Hart’s legal situation right now and the consequences of it. However it is our place to be honest with our fans who are very loyal and supportive of the brand.

Upon the announcement of Teddy Hart on the tour there was some hesitation and doubt from our loyal fans based on his track record. That track record was the very same reason CWE hadn’t attempted to do business in almost six years and the first and only time he was advertised for CWE and didn’t make the event.

However, those close to Teddy and affiliated with CWE had reached out on multiple occasions stating he has made many positive changes in his life and simply wanted an opportunity to prove that as he had hoped to be a brand ambassador for Canadian wrestling and hopefully tour regularly with the company.

With him proving to be focused and reliable as of late with huge main event performances in Mexico and California and even his recent appearance on Talk is Jericho where he very sincerely said he was looking to make changes and for opportunity it was thought the stars had aligned for Teddy Hart to be an impact player for the organization.

We sincerely wish Teddy Hart the best of luck in his current situation and hope he finds the help he needs to truly get his life on track and be the success story we all know he is capable of being.

As a result there are some obvious changes to the cards he was involved on. Here are the changes made,

Calgary
ACH vs. Jason “The Gift” Kincaid
– This was a huge first time encounter that was supposed to take place in Winnipeg that wasn’t meant to be. As a result it will go down in Calgary, Alberta in what promises to be a once in a lifetime contest that will be talked about for a long time to come as two of the most innovative wrestlers on the planet compete for the first time.
Shigehiro Irie vs. Dylan Knight
– These two monster heavyweights will collide in what will also be a first time encounter featuring two of the strongest and heaviest of hitting men you will see in a CWE ring. Both big men have a point to prove in what will be their first matches for the company!

Jason “The Gift” Kincaid vs. “Tornado” Tony Kozina
– These independent wrestling sensations wrestled in Calgary for the first time ever on the Destined For Greatness Tour and arguably stole the show with a near 20 minute clinic. Kincaid is the hottest star on the independents right now a place Tony Kozina has been many times over his 20 year career. Winnipeg is a town that appreciates a true wrestling classic and that is exactly what they will get on January 20th.

“Hotshot” Danny Duggan vs. “The Crown Jewel” Chase Owens
– There is one match that is leading the Match Of The Year polls by a land side and that is Danny Duggan vs. Chase Owens from the last event in Thunder Bay. These two men took pro wrestling to another level in T-Bay in a 30 minute classic. Now the fans of Thunder Bay will get to see the rematch in place of Teddy Hart in what promises to be even better than the first given how the last match ended in such controversial fashion.

*For anyone looking for a refund due to Teddy Hart not appearing they can do so at their original point of purchase. For those that don’t need one prepare yourself for the most stacked series of tour shows CWE has every produced with more stars from around the World then ever before. CWE flourishes under these circumstances and will make sure you leave forgetting such a thing was ever supposed to happen in the first place!