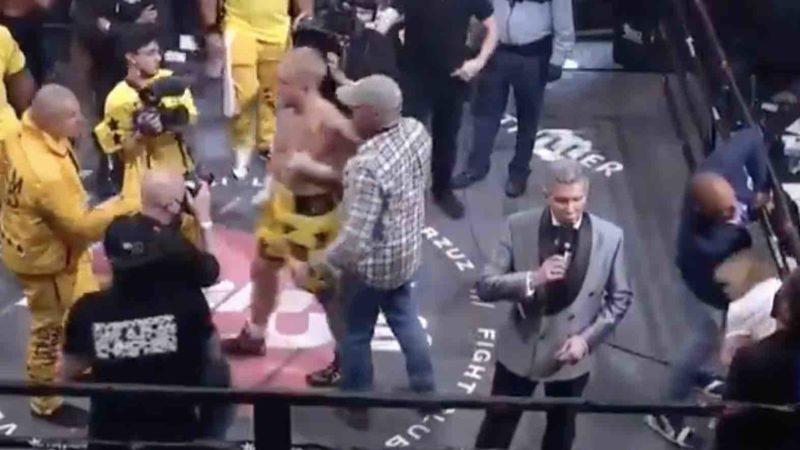 Askren was noticeably annoyed, and appeared to try to correct Buffer. A minute and a half later Paul knocked him out, so it wouldn’t end up mattering.

Buffer is known for his announcing in fight, and in the 90’s as the voice who would introduce WCW PPV and Nitro main events with his classic ‘ready to rumble’ line. The 2000 film ‘Ready to Rumble’ was even named after his catchphrase. Ric Flair judged a slap fight as part of the Triller PPV as well.

Brian Campbell tweeted, “Not a surprise given what we have sat through that Michael Buffer just announced him as Ben Askew.”

Wob said, “Justin Bieber, Diplo, Michael Buffer, Snoop Dogg, Ric Flair, Mario Lopez … what in the name of crypto billionaire needing a legit business to launder his coins through is going on here?”

Robbie Fox wrote, “Michael Buffer been phoning it in for years. Can’t even be bothered to learn the names of the guys in the main event. Bruce is the GOAT.”