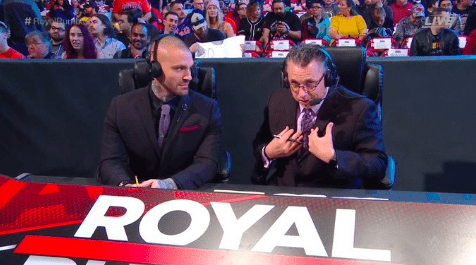 Michael Cole has been a mainstay within the WWE for decades now. He’s been an interviewer, an announcer and also someone who’s earned himself a considerable amount of power backstage.

Cole’s announcing might not impress everyone, but the fact that he’s technically been the voice of the company for the past decade and a half is undisputable.

At the 2020 Royal Rumble, the voice of SmackDown achieved a remarkable accomplishment in his career. Cole has now become the only announcer in history to have announced the Royal Rumble pay-per-view in four different decades.

Congratulations to @MichaelCole on being the only announcer to call a #RoyalRumble in FOUR different decades as of tonight! pic.twitter.com/KqcrWa5BI9

Although Cole might be fond of jokingly bragging about his “undefeated streak” at WrestleMania, this achievement in his career might be something to brag about for real.

We congratulate Michael Cole for having achieved this wonderful feat in his career.