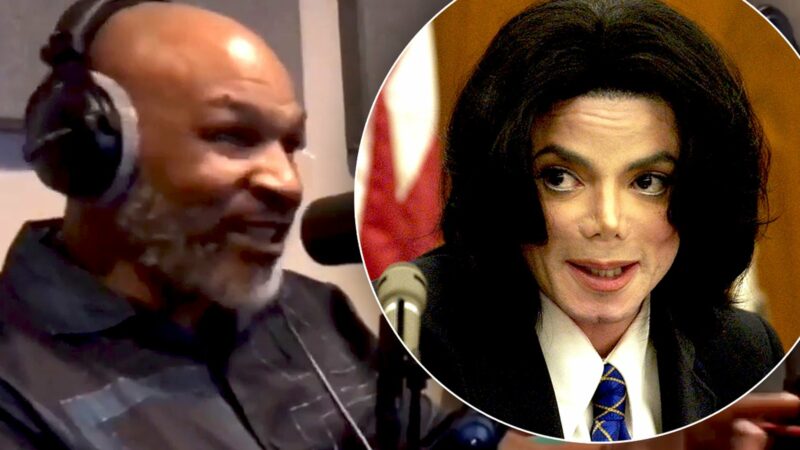 Mike Tyson and Michael Jackson were two famous names from the 80s to the 90s. The two had excellent chemistry together, but that wasn’t always the case. Speaking on T.I.’s expediTIously podcast, Tyson recalled when he had a real-life moment where a legend in his greater days didn’t even recognise him. He said he introduced himself but Jackson had no clue about who he was.

He said that the ‘King of Pop’ Jackson was in Cleveland and he was there too with his friend Don King. Don and Michael exchange the peace sign, but when Tyson gave Michael the peace sign, Jackson put his hand down. Tyson thought that Jackson didn’t play him because he was the champ. While it was his perception, the fact was different.

Michael didn’t recognize Tyson one bit, and the change in his approach was not his attitude, but his thought that he didn’t know Tyson. Speaking of the awkward moment, Tyson recalled that he was backstage at the show and he could see Jackson’s team and musicians. Jackson walked in while Tyson was signing autographs. He met Don King but completely ignored Tyson.

When Tyson approached him to meet, Jackson asked if he knew Mike from somewhere. Tyson immediately said that he was a fan, and the conversation ended. The two became better friends later and even hung out together, but Mike remembers that moment as bright as day. Watch him talk about the moment in the video below!

What do you think of this exchange? Sound off in the comments.