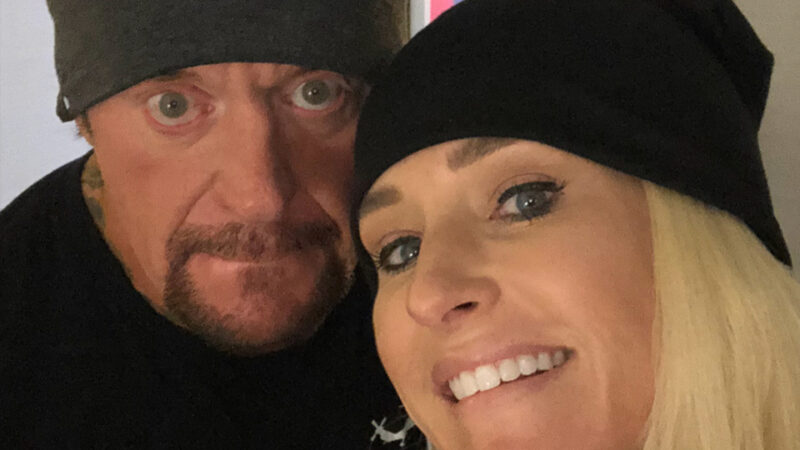 The Undertaker is a pro-wrestling icon who has entertained the fans for three decades. He decided to call it a day and received his ‘Final Farewell’ a couple of years back. While, his wife and former fellow WWE star Michelle McCool is set to make her return later this month for the 30-Woman Royal Rumble match at the namesake pay-per-view. Ahead of the return, it seems that the former WWE Women’s Champion is working hard in the gym to be in the best shape possible. She was accompanied by ‘The Phenom’ who was spotted working out as well. It was previously alleged that Undertaker gets WWE stars fired.


McCool took to her Instagram account and posted a video clip of them training in gym with the caption that read:

“I like slamming things!
.
.
Sometimes that means “Divas”….ugh, I mean “superstars”….mainly “superstars” who act like Divas!! #Ihatelines#royalrumble2022#Flawless”

Michelle McCool reveals how The Undertaker took care of her

During her conversation on Chasing Glory with Lilian Garcia, McCool discussed a WWE tour to Ireland back in 2007, when she fell extremely ill. When McCool fell ill, The Deadman took care of her throughout:

“I guess Mark would cover me with his coat. Like didn’t wear his jacket out to the ring that night, kicked everybody out the locker room where I was at because I was trying to get rest. So little did I even know about cause I was barely conscious that he was taking care of me this whole time.”

WWE has already announced 18 participants, and SmackDown Women’s Champion Charlotte Flair declared herself an entrant to make it 19. It was revealed that seven stars of the past would return for the fifth installment of the Women’s Royal Rumble match.The list includes Lita, Summer Rae, The Bella Twins, Michelle McCool, Kelly Kelly, and Mickie James.