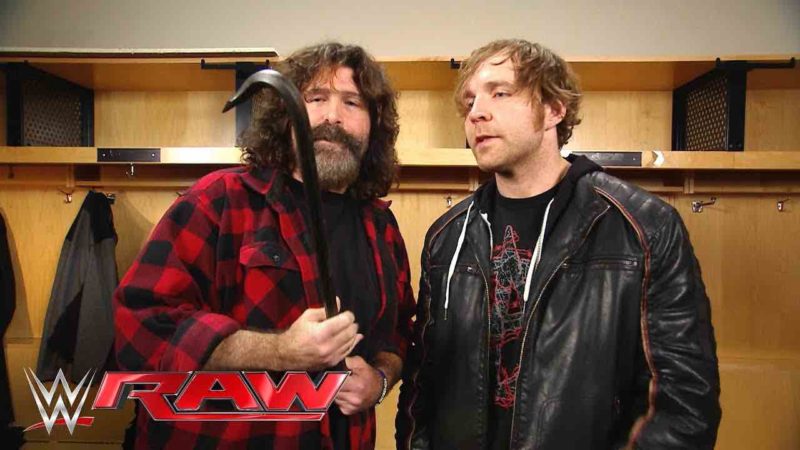 AEW Dynamite and WWE NXT are head to head tonight, and Mick Foley has made his views known on the Jon Moxley ‘exploding ring’ AEW Revolution botch.

He tweeted, “SAD, BUT TRUE!

I’ve been there – at the 1995 KOTDM when the exploding ring underperformed.

I feel bad for Mox & Omega, but suggest that @AEW deep-six the Kenny built a crummy ring story, and just admit that mistakes happen…and will learn from this mistake.

NXT star Toni Storm recently had an interview with Sportskeeda’s Rick Ucchino. During their conversation, Storm mainly discussed the hiatus she took in the wake of the COVID-19 pandemic.

She also said that was the longest time she had stayed out of the squared circle in her entire career.

Toni Storm is glad to be back

Toni Storm is one of the top stars in the gold and black brand and currently in a feud with Io Shirai and also eyeing to dethrone Shirai to capture the NXT Women’s Championship.

Storm revealed her experience of going through the tough times of pandemic and how she has not been out of wrestling from more than a month in her career until the pandemic.

“It was crazy because I had no idea what I was in for. I had, since I was thirteen years old, wrestled consistently up until that point with no more than a month off. Even if I had an injury and was off shows, I’d still be in the ring training. I’ve never been out of the squared circle for that long. And then all of a sudden, we were all down. In my head I was so focused on the idea of getting to America that I completely forgot what my ring conditioning would be like and what would happen when I got in the ring.”

Storm also revealed that it was very hard for her when she got back to the ring. It took her a lot of hardwork to get back to her normal in-ring condition.

“I got in there and, I’m not going to lie, it was hard. That ring cardio was something completely different. It was a huge shock to the system. I’m just glad that I am back up to where I was. It’s taken a lot of work getting back to that. The pandemics hit and it’s hard to… it ruined a lot of my motivation. Because I had no idea of what was going to happen. When am I going to wrestle again? When am I going to get out there? It just completely shook me.”

After an eight month long hiatus Storm returned to the ring back in October 2020.  “Getting kicked in the face” was normal for her and she is very glad to be back doing what she loves doing the most.