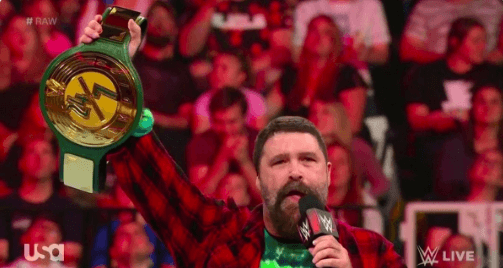 As advertised, WWE Hall of Famer and RAW General Manager Mick Foley came out to this week’s RAW and unveiled a brand new championship. Foley cut a great promo and “teased” the title of the Championship before finally revealing it.

Foley revealed the “24/7 Championship”, a title that can be defended at any place and at any time as long as a referee is around. The title follows the tradition first started by the Hardcore Championship from the Attitude Era.

Foley also said that the title is available to any and all Superstars under WWE’s roster and even went on to tease that maybe a few legends could show up every now and then to get their hands on the 24/7 gold.

After making this announcement, Foley immediately laid the title in the middle of the ring and said that it was up for grabs right away.