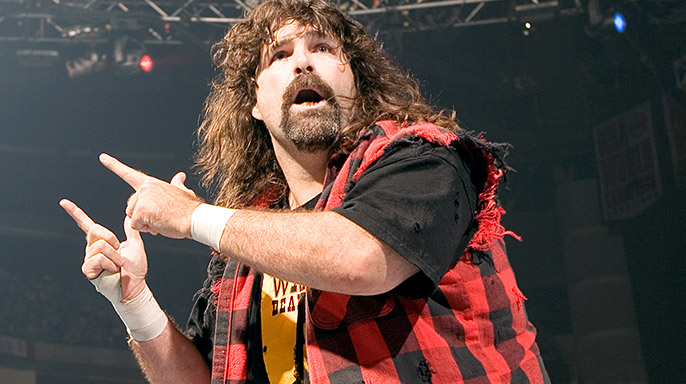 – After apparently campaigning for a spot as the new WWE General Manager for weeks, Mick Foley has a new blog on Facebook where he lists reasons he should not be brought back for the role. He wrote:

3 REASONS WHY I SHOULD NOT BE THE NEW WWE GM

With the huge win by Team Cena over the #Authority at last night’s #SurvivorSeries, we can certainly expect a seismic shift in the balance of power in #WWE – perhaps as early as tonight’s episode of WWE Monday Night Raw. But while my appearance on Raw a few weeks ago emboldened me, and made me think there might be something I could contribute with a more regular on-air role, I believe WWE has some very good reasons to go with a different candidate.

Here are three perfectly acceptable reasons to look elsewhere when searching for a new GM.

1) Head injuries – While I will forever be grateful to WWE for removing me from an environment where I am likely to suffer from further concussions, my short-term memory is still a problem. A GM has to have a grasp on not only what they need to say – but on what everyone else in the segment might be saying too. Although things are going better for me, I’m not sure I’m there yet.

2) Limpin’ aint easy – I have considerable trouble walking…and it’s not always easy to watch. For a show that is supposed to take viewers minds off their own problems, watching me hobble slowly to the ring could be a downer…and a reminder of the price to be paid when doing what we do.

3) A fashion nightmare – Most people reading will probably feel a sense of nostalgia when recalling my struggles with fashion over the years. But for a publicly traded company, having a face of the company who makes good clothes look bad is a legitimate concern. Even while watching Survivor Series 1997 last night on #WWENetwork, my children marveled at just how bad I looked – even while wrestling in a tuxedo! My commissioner days of 2000, where I could wear anything I wanted are long over. I’m down almost 25 pounds since my back injury – due to a combination of #DDPYoga and wiser eating. Believe it or not, I’m actually 20 pounds lighter than I was during my time as WWE Commissioner in 2000. But I’m a long way from looking ready to assume any type of larger role with WWE.

No, I don’t think I will be the new man in charge. But I wish whoever does end up in charge the very best of luck. Besides, I really liked how it felt to come back as a surprise and make an impact…and look forward to doing it again!