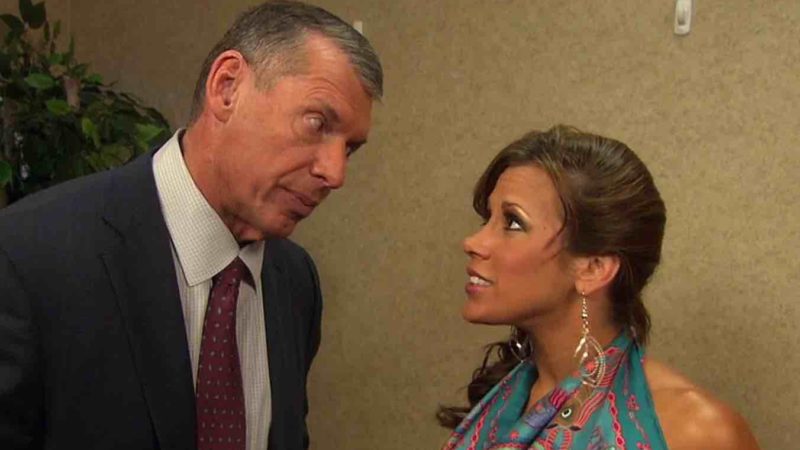 Mickie James felt dissed pretty hard after being a part of the list of superstars who were recently let go by WWE. Mickie also just leaked out some dark information on the company and what they were “too scared to do”. It’s pretty shocking to see WWE in a different light when superstar after superstar starts to speak out about the injustices at hand. Triple H Leaks WWE Firing After ‘Burying’ Diva.

Mickie James is currently furious at WWE. Any of us would be angry too if we were let go from our jobs without good reason. Mickie recently took to Twitter to vent out her frustrations with how the firing was handled as she tweeted out a photo of her severance package.

The severance package that Mickie received was a box and a trash bag full of what I believe was her ring gear and belongings from the locker room. Mickie stated: ” Dear @VinceMcMahon I’m not sure if you’re aware, I did receive my @WWE care package today. Thank you. #AlwaysBlessedandGrateful #WomensWrestlingMatters”

Oh I forgot… I still have a @PWTees store for the merch they were too scared to make. I think there having an #earthday sale today. You’re welcome. #MilfMoney #MondayNightMilf 🥛 & 🍪 anyone? pic.twitter.com/aQeMU4g5sB