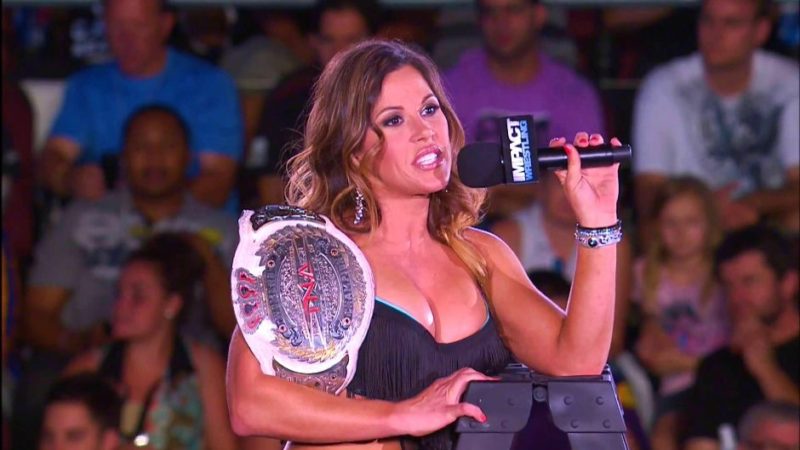 Mickie James’ LGBTQ infatuation with Trish Stratus was set to be recreated with Mickie and Chelsea Green, with a match even filmed and pulled. A WWE Wrestler Leaked A Firing ‘Text Message.’

The news came from Fightful’s interview with Chelsea Green. Heel By Nature recapped, “One day she got a call on her way to Epcot, and was told she was going to be ‘the Mickie James to Mickie James,’ throwing back to Mickie James’ storyline with Trish Stratus years before.

She said she and Mickie James spoke about many ideas, and actually filmed a match during RAW, but it did not air. She didn’t know the exact reason why it didn’t air, but did hear the match may have not been approved by Vince McMahon.”

Chelsea then discussed waiting for weeks to get a meeting with Vince McMahon when WWE moved to the Thunderdome, “She said once the Mickie James storyline was no longer being discussed, she began showing up to television again, and sat outside Vince McMahon’s office for four weeks to try and get a meeting.

When waiting for Vince McMahon, she said she would show up at 1:30 pm, and wait next to Vince’s security guard, and be there until 5 pm.

Every time she went, she took a photo with Vince’s office in the background, which she says she will post one day.” She eventually got the meeting with Vince, which she said went well.