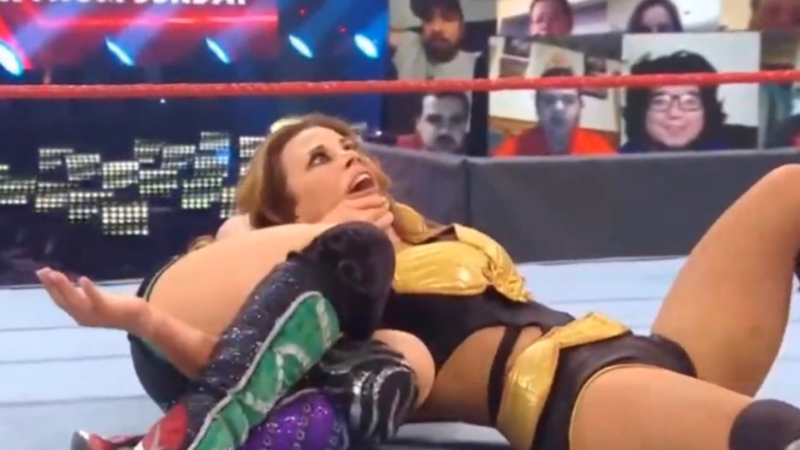 Mickie James challenged Asuka for the RAW Women’s Title on this past week’s episode of Monday Night RAW. However, the match ended in controversy as the referee called for the bell, which many fans considered a botched ending.

As reported earlier, James previously opened up regarding the finish. Mickie then recently spoke to Talk Sport, where she went into detail regarding the botched finish to their match. She revealed that she still does not know what exactly happened in the match. She realizes that while referees sometimes have to make difficult decisions, she was still fit to carry on with the match.

“I honestly don’t know. I rolled back to count – one, two – there was no count. So she obviously went to go and lock back in the Asuka lock and I think in those moments, here’s the thing: it is a dangerous sport.”

“We have to be very careful. The refs do their job and kind of their job is to protect us and make sure it never goes too far or no one ever gets hurt.”

“So he made his decision based on what he thought was a reality, that I was hurt or I couldn’t continue and that’s unfortunate for me.

“I felt like I could continue and it’s an unfortunate loss. But, it’s not a real loss let’s face it. It was the final decision, what can I do? Except go in there a throw a fit on Monday!
On the referee thinking she was hurt…”

“In that moment it’s very hard for them to tell whether you are hurt or not. It can’t just be his call either. It must have been whoever thought I was hurt.”

“They’re just trying to protect me and keep me safe because concussions are a real thing. What we do as a sport is very dangerous. So if somebody gets a concussion, not only can they not wrestle the rest of that match, but they could possibly never wrestle again depending on how bad it is, same with football.”

“So we have to be careful with that and I get it. It was unfortunate for me and stinky, but I’m fine. My nose hurts a little bit from that knee lift, I’ll be honest [laughs].”

Some were under the impression James suffered an injury, but it was not the case. WWE then released an official statement regarding the ending, stating that she was simply unable to continue.

We will have to see what WWE has planned next for her.