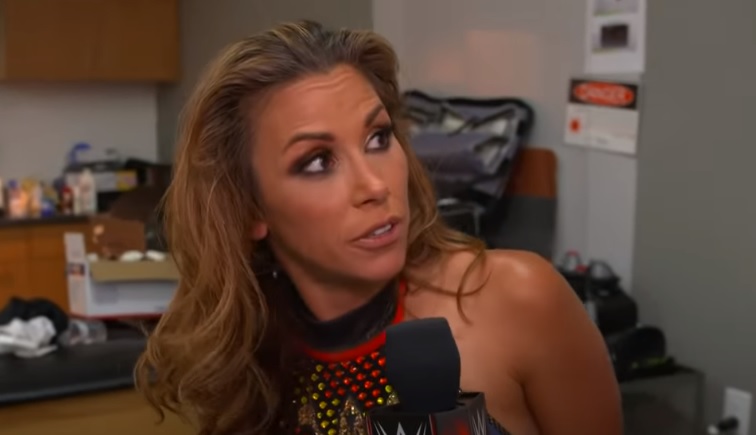 Mickie James is frustrated after losing in her in-ring return on Monday night.

James, who hasn’t wrestled in WWE since the WrestleMania 35 Women’s Battle Royal match back in April of 2019, lost to Natalya via count out in a quick match on the SummerSlam “go-home” edition of Monday Night Raw this week.

The longtime pro wrestling veteran, who didn’t even get a ring entrance on the show after making her return following over a year-long hiatus from in-ring competition, took to social media to comment on her return after the show.

James wrote the tweet in mostly story line fashion, although the first sentence of the post is a comment that many feel is a semi-shoot remark.

“I have so much to say about tonight WWE but it seems I don’t need to,” read the opening line of James’ post-Raw tweet. “The WWEUniverse is doing it for me.”

I have so much to say about tonight @WWE but it seems I don’t need to! The @WWEUniverse is doing it for me… Ps.. congrats on this dub @NatbyNature also… Did you post that @tiktok_us yet @LanaWWE 👊🏼🥳💋🥂 #MJ2020 #itfactor #wwe #WWERaw #mondaynightmilf #Respect #WelcomeBack https://t.co/hXfjyS6mO1

It’s worth noting that there is some speculation online that insists James lost the match in the fashion she did on Monday because of some recent comments her husband, NWA World Heavyweight Champion Nick Aldis, made on social media regarding tweets and podcasts from Bruce Prichard.

Prichard has been re-hired by WWE and is currently the WWE Senior Vice President in charge of WWE creative as the Executive Director of RAW and SmackDown.

In addition to James’ tweet about her Raw return this week, Aldis tweeted this one after her quick loss on the weekly red brand show.