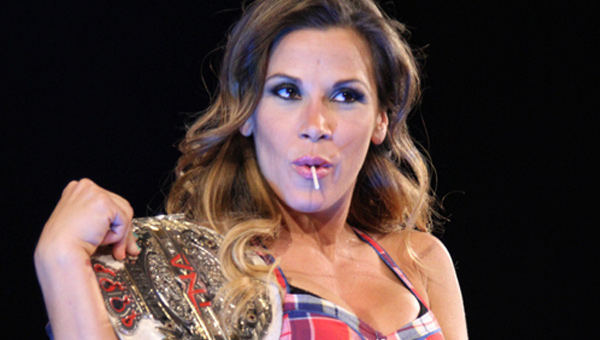 Former TNA Knockouts Champion Mickie James spoke with Scott Fishman of the Miami Herald to discuss her return to Impact Wrestling and more. Here are the highlights.

On her return to Impact Wrestling:

On her program with Magnus and James Storm:

“In society with the internet, everything is already out there in a sense,” James said. “At the end of the day, I think the storyline was done in a good fashion. I think the fact it was real is why the audience connected because I think people want real, especially in today’s reality television era. I was interested in how we were going to bounce ideas off one another in the professional aspect.

“I think it went great. It was better than what I expected. I was a little apprehensive and a bit nervous, but I think it played off well. We have a natural chemistry. Maybe it’s because we have that chemistry in real life, the chemistry is portrayed on the screen as well. It doesn’t seem forced.

“…I’ve just enjoyed being back in that fashion. I’ve never really been in that role. I’ve always been the wrestler, not really more of a vulnerable woman in a sense. For me, it has been a lot different. It has just been fun. You always try to do something different and challenge yourself a bit.”