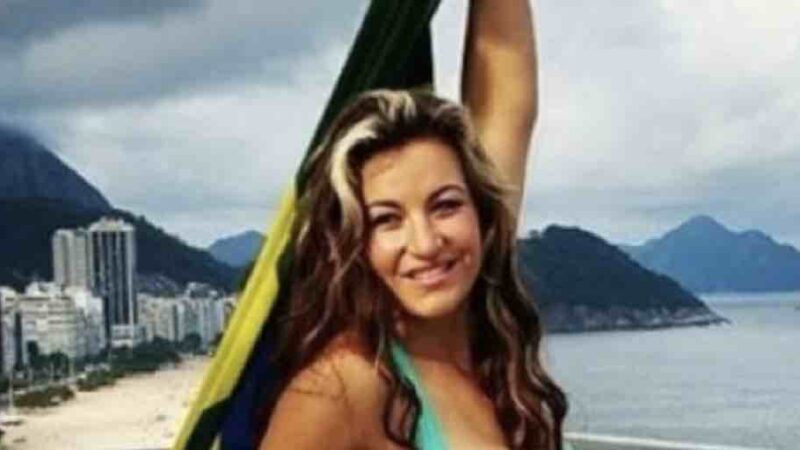 The UFC had another major successful fight night as in the main event of the evening, Yair Rodriguez defeated Brian Ortega via TKO after a shoulder injury in just under five minutes of the very first round. Other action saw Amanda Lemos defeat Michelle Waterson via a guillotine choke submission in under two minutes of the second round.

However, one of the most talked about matches of the evening was the opening contest as Miesha Tate, who recently showed her abs in this restroom photo, took on Lauren Murphy. The battle itself was extremely hard-hitting and fierce and went the distance. However, in the end, Murphy took it as she won via unanimous decision.

Following the fight, Tate would take to social media via Instagram to showcase the aftermath of the extraordinarily tough, no-holds-barred matchup as she was sporting a massive bandage over her right eye. On social media, via Instagram, she would post the picture with the following caption.

“Some women pay a lot of money for lips like these! All I had to do was get in a little fist fight! Tonight wasn’t my night, congratulations to Lauren Murphy and we continue to learn the lessons of life! I had the most UH-mazing dinner at my favorite restaurant Cheeseboat and met Mama Cheeseboat herself. I’m still blessed beyond measure win lose or draw! Thank you to all those who continue to love and support me regardless, you know who you are.”

Her fans, contemporaries, and supporters would come out and comment in support after the post went up. Fellow UFC star Hannah Goldschmidt would post in response: “I just want someone to look at me the way your daughter is looking at that cheese. You’re an inspiration girl.” Whereas adult film star Kendra Lust commented: “Ride or die, girl .. love you, will always support you champ! You inspire so many women. Little girls (mine) and moms.”