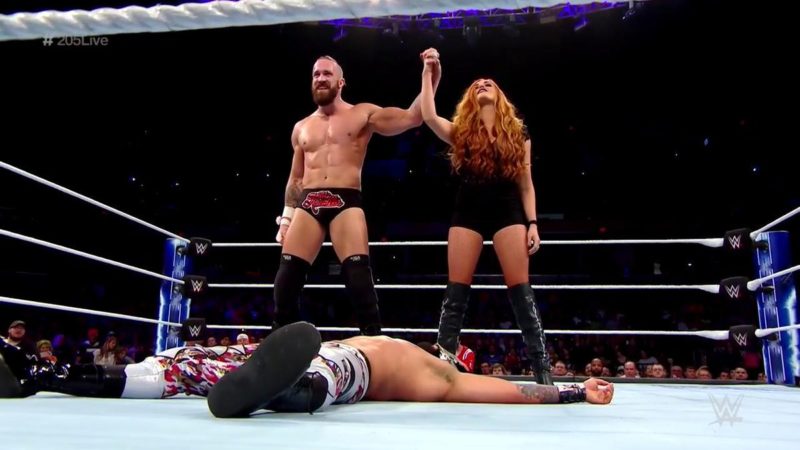 As reported earlier, it’s rumored that the Revival have asked for their release from the WWE. Now it seems another duo isn’t too happy with the company, as Mike and Maria Kanellis are asking to be let go.

The real-life couple has been struggling to get any kind of TV time, even on 205 Live. Though they made a decent impact when they debuted there back in 2018, not much came from the storyline involving them and TJP taking on the Lucha House Party, and they were quickly forgotten about.

Even going back to their debut at Money in the Bank 2017, it was assumed that the WWE had big plans for them, as they completely skipped over NXT. Sadly, their run with the company has been completely forgettable. While apart of the Blue Brand, Mike only wrestled a total of four matches.

Now it’s being reported by Pro Wrestling Sheet that Mike and Maria Kanellis have asked to be released from their WWE contracts. Mounting frustration finally forced the couple to make a move and decided to ask for their releases a few weeks ago. Mike Kanellis has also started selling new shirts on Pro Wrestling Tees.

There are more reports claiming that the WWE denied their requests.