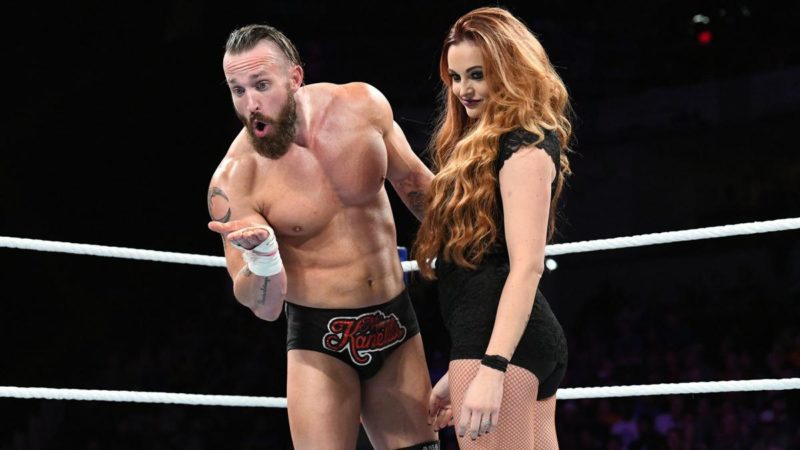 Mike Bennett was one of the many wrestlers released by WWE on “Black Wednesday” back in May. Since then, however, he and his wife, Maria Kanellis-Bennett, are ready to prove themselves to the wrestling world. On Bennett’s social media pages, specifically, you can see the progress he’s made in the past few months. Post-workout pictures show just how much he’s improved, and he’s ready to show WWE what they missed.

However, it seems that Mike Bennett wasn’t that excited for a return to the ring following his initial release. He and Maria were on the latest edition of the ROH Strong Podcast where they spoke about their time in WWE and how their releases affected them. Bennett stated that he nearly retired when he got the news, as WWE sucked the passion out of him.

“I don’t know if it’s a mix of emotions with the pandemic mixed with WWE sucking the ever-living life out of me and making me absolutely hate professional wrestling. There was a good two month stretch where I had made up my mind to not want to wrestle anymore.”

Thankfully, those feelings eventually faded, and Mike Bennett is ready to show the world what he can really do.

“I want to go and have the matches I know I’m capable of, I want to go and tear it down. I just want to be a professional wrestler; I spent the last three years as a sports-entertainer, and I thought I would like it and I absolutely hated it.”

Bennett eventually said that, should the opportunity arise, he’d like to actually return to Ring of Honor, a company he genuinely loves. Mike and Maria were two of the names rumored to be showing up at IMPACT Wrestling’s Slammiversary event, though that didn’t happen. If they do return to Ring of Honor, it would certainly be a welcome homecoming for the former members of the Kingdom.