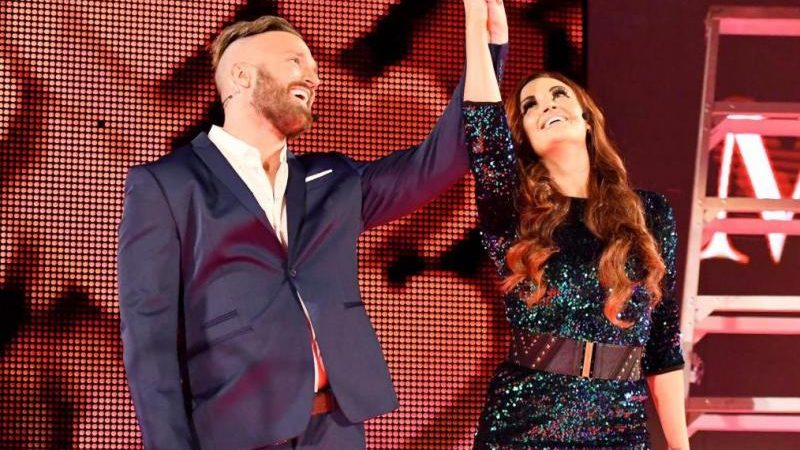 Mike and Maria Kanellis debuted at last year’s Money in the Bank PPV set to take over Smackdown Live with the power of love. The couple walked out week after week preaching this and looked to be on their way to some interesting mid-card feuds. However, they would quickly be taken off TV soon after their debut.

With Mike Kanellis’ attempt to stay sober and Maria’s sudden pregnancy, the power couple was absent from TV for quite some time, with Mike only showing up a few times for battle royals. However, while dealing with his addiction issues, the Miracle has gotten in incredible shape. Pictures have recently surfaced of his transformation, and he’s had an amazing transformation in a year.

This time last year I embarked on the most difficult journey of my life. I’m proud to announce that today marks 1 year sober 🙏🏻

He also celebrated a full year of sobriety today, taking to Twitter to talk about his journey. With a year in the book and a better-looking body, the WWE might finally do something with the former star of the indies. After all, the WWE loves stories like this.

Hmmmm… mommy is ready to get back to work. Ladies and Gentlemen, Boys and Girls, Children of all ages come see the most talked about couple in wrestling prior to joining the greatest show on earth, WWE. Imagine what could happen if self made talent could meet the biggest marketing machine of them all? An over night success is when experience meets opportunity. A Superstar is when a talent meets WWE TV time. I’ll be down in Florida at the beginning of August fighting for that time. Even if I’m doing it with stretched out mommy belly skin and a baby on my hip. I don’t have a college education saved in the bank for my baby girl so momma has to go back to work. #unscriptedreality #themoon #backtowork #firstlady #milkmoney Just call me mommy the money maker!!

Will the power couple be able to bring the power of love back to WWE TV soon? Only time will tell. At the very least, congratulations to Mike Kanellis on his one year of sobriety.